Biden, Xi could meet in person, US official says

WASHINGTON (AP) — President Joe Biden and China’s Xi Jinping are exploring meeting in person, a senior administration official said after the leaders spent more than two hours Thursday talking through the future of their complicated relationship, with tension over Taiwan once again emerging as a flashpoint.

Biden conducted the telephone call from the Oval Office, where he was joined by top aides, including Secretary of State Antony Blinken. The official declined to be identified to talk about the private conversation.

When Biden was vice president, he spent long hours with Xi in the United States and China, an experience he often recalls as he talks about the two countries’ opportunities for conflict and cooperation. However, they have not met in person since Biden became president last year.

Xi has left mainland China only once, to visit Hong Kong, since the COVID-19 pandemic began. However, he’s been formally invited to Indonesia in November for the next G20 summit of the world’s leading economies, making the conference a potential location for a meeting with Biden.

The latest strain over Taiwan is House Speaker Nancy Pelosi’s potential visit to the island, which has governed itself for decades but China asserts as part of its territory.

Xi emphasized those claims during his call with Biden, according to China’s Ministry of Foreign Affairs.

“Those who play with fire will perish by it,” the ministry said. “It is hoped that the U.S. will be clear-eyed about this.”

The goal of the call, which began at 8:33 a.m. EDT and ended at 10:50 a.m. EDT, was to “responsibly manage our differences and work together where our interests align,” the White House said.

As usual, China left no doubt that it blames the U.S. for the deteriorating relationship between the two countries.

“President Xi underscored that to approach and define China-US relations in terms of strategic competition and view China as the primary rival and the most serious long-term challenge would be misperceiving China-U.S. relations and misreading China’s development, and would mislead the people of the two countries and the international community,” the Ministry of Foreign Affairs said.

“There’s a whole lexicon of Chinese threat speech that he hasn’t touched yet,” said John Culver, a senior fellow at the Atlantic Council’s China Hub.

Yun Sun, director of the China program at the Stimson Center think tank, noted that both countries said the conversation covered a wide range of topics, from the pandemic to climate change. She described that as “more positive than the two leaders informing each other, well, we’re going to stick to our positions on Taiwan.”

She also suggested that Xi may have an incentive to tamp down tensions as he seeks a third term as president.

“They cannot afford to have the relationship with the United States ruptured,” she said.

The call with Xi took place as Biden aims to find new ways to work with China and contain its influence around the world. Differing perspectives on global health, economic policy and human rights have long tested the relationship — with China’s refusal to condemn Russia’s invasion of Ukraine adding further strain.

Pelosi’s potential visit to Taiwan has created another pressure point. Beijing has said it would view such a trip as a provocation, a threat U.S. officials are taking with heightened seriousness in light of Russia’s incursion into Ukraine.

“If the U.S. insists on going its own way and challenging China’s bottom line, it will surely be met with forceful responses,” Zhao Lijian, a spokesperson for China’s Foreign Ministry, told reporters earlier this week. “All ensuing consequences shall be borne by the U.S.”

Pelosi would be the highest-ranking U.S. elected official to travel to Taiwan since Republican Newt Gingrich visited the island in 1997 when he was House speaker. Biden last week told reporters that U.S. military officials believed it was “not a good idea” for the speaker to visit the island at the moment.

John Kirby, a U.S. national security spokesman, said Wednesday that it was important for Biden and Xi to regularly touch base.

Biden and Xi last spoke in March, shortly after the Russian invasion of Ukraine.

“This is one of the most consequential bilateral relationships in the world today, with ramifications well beyond both individual countries,” Kirby said.

Biden has moved to shift U.S. reliance off Chinese manufacturing, including final congressional approval Thursday of legislation to encourage semiconductor companies to build more high-tech plants in the U.S.

He also wants to marshal global democracies to support infrastructure investments in low- and middle-income nations as an alternative to China’s “Belt and Road Initiative,” which aims to boost China’s trade with other global markets.

Biden has kept in place Trump-era tariffs on many Chinese-manufactured goods in order to maintain leverage over Beijing. But he is weighing whether to ease at least some of them to lessen the impact of soaring inflation on American households.

U.S. officials have also criticized China’s “zero-COVID” policy of mass testing and lockdowns in an effort to contain the spread of COVID-19 in its territory, labeling it misguided and fretting that it will further slow global economic growth.

Other points of strain include China’s treatment of Uyghur Muslims, which the U.S. has declared a genocide, its militarization in the South China Sea and its global campaign of economic and political espionage. 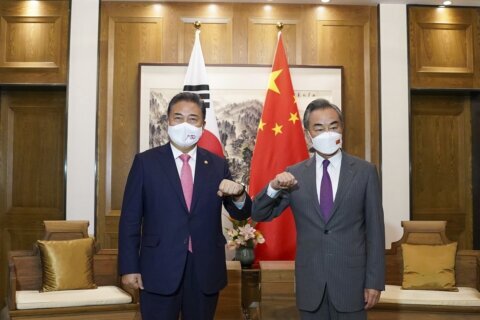 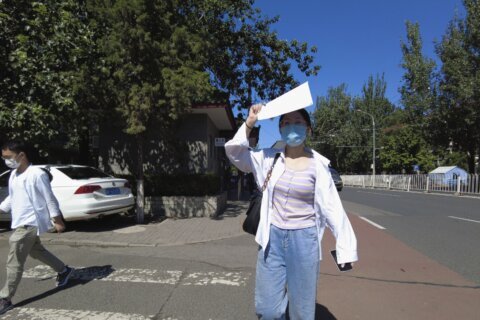 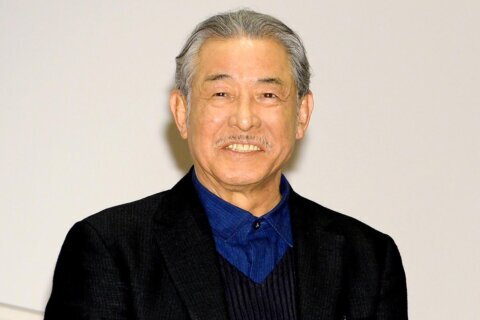