Biden’s comments in an exchange with reporters came a day after the Chinese Foreign Ministry said it would take “resolute and strong measures” should Pelosi proceed with reported plans to visit Taiwan in the coming weeks.

“Well, I think that the military thinks it’s not a good idea right now,” Biden said in response to a question about Pelosi’s reported trip. “But I don’t know what the status of it is.”

The president stopped short of suggesting that Pelosi not travel to Taiwan.

Pelosi was originally scheduled to visit in April but had to postpone after she tested positive for COVID-19. She would be the highest-ranking American lawmaker to visit the close U.S. ally since Newt Gingrich, a Republican, traveled there 25 years ago when he was House speaker.

The Financial Times reported on Tuesday that Pelosi planned to move forward with her postponed visit to Taipei in the next month. Her office declined to comment, saying the office does not confirm or deny the speaker’s international travel in advance, due to longstanding security protocols.

The U.S. has a longstanding commitment to the “One China” policy that recognizes Beijing as the government of China but allows informal relations and defense ties with Taipei. China has stepped up its military provocations against democratic, self-ruled Taiwan in recent years as it looks look to intimidate it into accepting Beijing’s demands to unify with the communist mainland.

Biden also said that he expected to speak with Chinse President Xi Jinping sometime in the 10 next days.

Biden’s national security and economic aides are in the process of completing a review of the U.S. tariff policy and making recommendations to the president.

The tariffs imposed under President Donald Trump applied a 25% duty on billions of dollars of Chinese products. The penalties were intended to reduce the U.S. trade deficit and force China to adopt fairer practices.

Treasury Secretary Janet Yellen has called for eliminating some of those tariffs as a way to help fight inflation in the United States. Others in the Biden administration, including U.S. Trade Representative Katherine Tai, have raised concerns about easing tariffs when China has not upheld its agreements on purchasing U.S. products.

Biden sidestepped a reporter’s question on Wednesday about what he might have to say to Xi about tariffs. “I’d tell him to have a good day,” Biden responded.

Biden and Xi have their differences over Russian President Vladimir Putin’s prosecution of his nearly 5-month-old war against Ukraine. Biden has sought to press the Chinese to resist directly providing economic or military assistance to Russia. 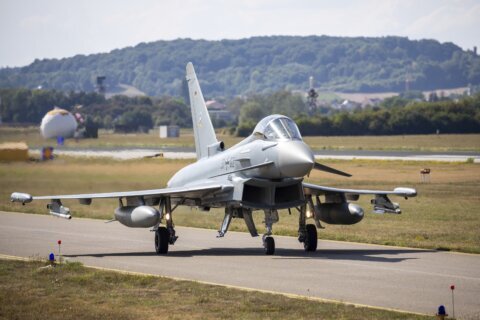 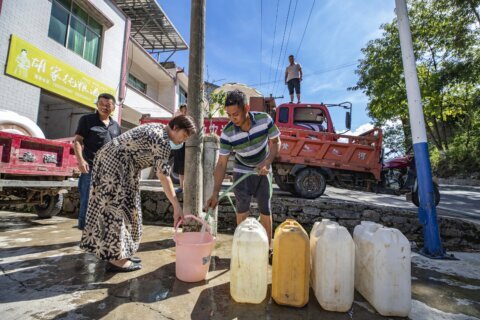