Japan and Brazil linked by soccer, baseball and immigration

Brazil's national soccer team is a draw wherever it plays, often a sentimental choice. The affection will run deeper for some in Japan when the countries play Monday in Tokyo with both headed to the World Cup in Qatar.
Listen now to WTOP News WTOP.com | Alexa | Google Home | WTOP App | 103.5 FM
(1/10) 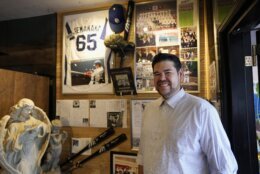 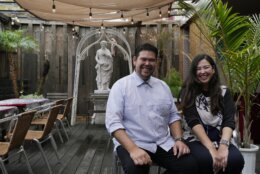 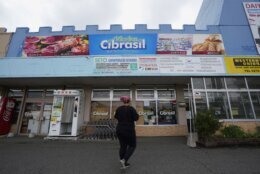 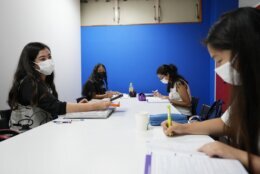 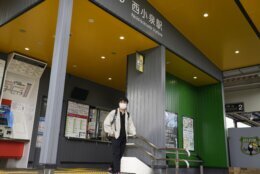 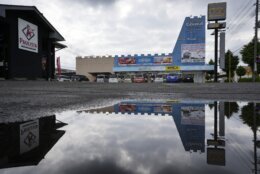 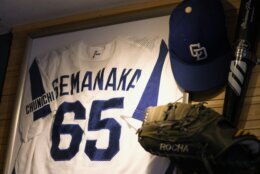 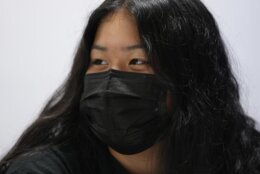 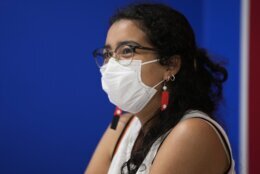 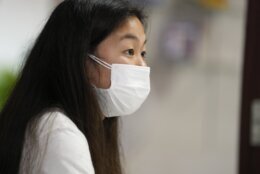 OIZUMI, Japan (AP) — Brazil’s national soccer team is a draw wherever it plays, often a sentimental choice. The affection will run deeper for some in Japan when the countries play Monday in Tokyo with both headed to the World Cup in Qatar.

Geographically distant and culturally distinct, Brazil and Japan are connected by more than a century of immigration — and return migration. The end of slavery in Brazil in 1888 saw Japanese and others recruited to work under near-bondage conditions on coffee plantations in southern Brazil.

Brazil is home to the world’s largest Japanese population outside the country — estimated at 2 million. Several hundred thousand Japanese Brazilians have returned to work in Japan over recent decades, changing the face and cadence of towns and cities.

Japan has never beaten Brazil in soccer in 12 tries. Two decades ago it hired former Brazilian midfielder Zico to coach its national team. It has fielded a few Brazilian-born players through the years like Alessandro Santos, but this time there are no obvious connections.

“I’m not sure I can go to the game, but surely I’d cheer for Brazil,” said Silvia Semanaka, who was born in Brazil to a mother with Japanese roots and moved to Japan 16 years ago to work.

Semanaka followed her brother Norberto to Japan, where he played professional baseball for the Chunichi Dragons, a game he honed in the Japanese community near Sao Paulo. Almost no one in Brazil plays baseball.

“In Brazil, baseball is seen as Japanese game,” Norberto said. Despite growing up in the world’s most famous soccer country, Norberto said he played “zero soccer.”

“There was no time for soccer, because every weekend they were playing baseball,” Silvia said.

Norberto’s been in Japan longer than his sister, setting down roots and running the popular Brazilian restaurant Kaminalua in the small town of Oizumi, located about 90 kilometers (55 miles) northwest of Tokyo.

A small gallery at the restaurant’s entrance shows off his old Dragons’ baseball jersey (No. 65), cap, glove and bat — and newspaper clippings that make him a small-town celebrity. He went to high school in Japan, speaks Japanese fluently, and was a left-handed hitting first baseman known for his bat.

“My life is half and half,” he said, “half in Brazil and half here in Japan. In soccer, it’s Brazil.”

About 2% in Japan have foreign nationality. Oizumi and other small towns that have drawn immigrants are different. Of Oizumi’s 40,000 residents, the local city hall says 20% were born outside Japan and just over half are Japanese Brazilians

The next largest group is Peruvians, followed by Nepalese and Vietnamese. The city claims about 32 nationalities.

Supermarkets, companies offering moving services, and other shops are sprinkled with Brazilian flags. All popular Brazilian food and drink is here: Pacoquita, the tasty peanut confection; cans of feijoada, the black-bean stew; and the popular soft drink Guarana.

Signs abound in Japanese and Portuguese. Some shopping malls make announcements in Japanese, Portuguese, English, and Chinese. This may be common in the United States or countries with large immigrant communities, but it’s not in homogenous Japan.

“It sounds like you are in an airport,” Silvia said.

Many Brazilians in the Oizumi area returned to work at the local Subaru car plant or other factories. Silvia runs a language school where she teaches English and others teach Portuguese or Japanese. Parents with children born in Japan want them to know Portuguese or Japanese — depending on which is absent — and adults who immigrated study Japanese or English.

Three of Silvia’s teenage students studying English — Tatyane Kataoka, Juliane Soares, and Nicole Enomoto — represent the language hodge-podge. They were born in Japan, have visited Brazil only briefly, speak Portuguese as their mother tongue, and have varying dexterity in Japanese.

Tatyane said she speaks “no” Japanese, and Nicole is a fluent speaker. Juliane is in between.

“I understand most of what they say, but I’m afraid of speaking it,” Juliane said.

Juliane and Nicole both hope to attend university next year in Brazil’s southern city of Curitiba, going as virtual foreigners after living their entire lives in Japan. Tatyane is a year younger and has that decision still ahead.

All three were asked if they identify as Brazilian or Japanese. All three said “Brazilian.”

“Everyone wants to go back to Brazil, but usually it’s not what happens,” Silvia explained. “Most of them stay. I wanted to stay two or three years and I’m still here.”

Silvia alluded to a possible human tendency — people finding differences among themselves despite having much in common. She said her Brazil-born father “a Brazilian Brazilian” was not always welcomed by the Japanese community, which saw him as an outsider.

“Only Japanese descendants were playing baseball in Brazil. They didn’t accept my father,” she said. “Even being in Brazil, and being born in Brazil, they considered themselves as Japanese and didn’t want to mix.”

Those early Japanese had tough lives, documented in the Museum of Japanese Immigration in the Sao Paulo neighborhood of Liberdade. They were recruited by the Brazilian government to “whiten” the country, which was heavily black and brown when slavery ended. This was part of a well-known eugenics movement in the early 20th century in Brazil.

This belies the popular notion that Brazil is a “racial democracy,” a myth that underlies much of the culture.

Brazilians returning to Japan have faced their own obstacles. Some are self-created: not knowing the rules, not following them, or issues growing from the language barrier. Others might be connected to the insular nature of Japan.

“I think Japanese people are getting more used to foreigners. but sometimes I think it is our own fault,” Silvia said. “We are foreigners here, so we have to respect their culture. We have to get used to them, not they get used to us.”

Silvia said she is more likely to return to live in Brazil than her brother, and the pull is family. She said Brazilians probably “have more fun because Japanese work a lot.” But she said Japan’s the winner in quality-of-life issues, pointing out the enormous social inequality in Brazil connected to skin color.

“I prefer Japanese culture,” Silvia said. “People respect each other here, and if you make an effort to work you can find a job; you can have your things — buy your house, or your car. In Brazil, it’s a little more complicated.”

Norberto was more adamant, yet conflicted.

“I am a Brazilian, but I am no longer accustomed to the culture there,” he said. “I am more used to the Japanese culture than my own. But when it comes to football, I am 100% Brazilian. That’s a little confusing, right?