MANILA, Philippines (AP) — Ferdinand Marcos Jr.’s apparent landslide victory in the Philippine presidential election is raising immediate concerns about a further erosion of democracy in Asia and could complicate American efforts to blunt growing Chinese influence and power in the Pacific.

Marcos, the namesake son of longtime dictator Ferdinand Marcos, captured more than double the votes of his closest challenger in Monday’s election, according to the unofficial results.

If the results stand, he will take office at the end of June for a six-year term with Sara Duterte, the daughter of outgoing President Rodrigo Duterte, as his vice president.

Duterte — who leaves office with a 67% approval rating — nurtured closer ties with China and Russia, while at times railing against the United States.

He walked back on many of his threats against Washington, however, including a move to abrogate a defense pact, and the luster of China’s promise of infrastructure investment has dulled, with much failing to materialize.

Whether the recent trend in relations with the U.S. will continue has a lot to do with how President Joe Biden’s administration responds to the return of a Marcos to power in the Philippines, said Manila-based political scientist Andrea Chloe Wong, a former researcher in the Philippine Department of Foreign Affairs.

“On the one hand you have Biden regarding the geostrategic interests in the Philippines, and on the other hand he has to balance promoting American democratic ideals and human rights,” she said.

“If he chooses to do that, he might have to isolate the Marcos administration, so this will definitely be a delicate balancing act for the Philippines, and Marcos’ approach to the U.S. will highly depend on how Biden will engage with him.”

His election comes at a time when the U.S. has been increasingly focused on the region, embarking on a strategy unveiled in February to considerably broaden U.S. engagement by strengthening a web of security alliances and partnerships, with an emphasis on addressing China’s growing influence and ambitions.

Thousands of American and Filipino forces recently wrapped up one of their largest combat exercises in years, which showcased U.S. firepower in the northern Philippines near its sea border with Taiwan.

Marcos has been short on specifics about foreign policy, but in interviews he said he wanted to pursue closer ties with China, including possibly setting aside a 2016 ruling by a tribunal in The Hague that invalidated almost all of China’s historical claims to the South China Sea.

A previous Philippines administration brought the case to the tribunal, but China has refused to recognize the ruling and Marcos said it won’t help settle disputes with Beijing, “so that option is not available to us.”

Allowing the U.S. to play a role in trying to settle territorial spats with China will be a “recipe for disaster,” Marcos said in an interview with DZRH radio in January. He said Duterte’s policy of diplomatic engagement with China is “really our only option.”

Marcos has also said he would maintain his nation’s alliance with the U.S., but the relationship is complicated by American backing of the administrations that took power after his father was deposed, and a 2011 U.S. District Court ruling in Hawaii finding him and his mother in contempt of an order to furnish information on assets in connection with a 1995 human rights class action suit against Marcos Sr.

The court fined them $353.6 million, which has never been paid and could complicate any potential travel to the U.S.

The United States has a long history with the Philippines, which was an American colony for most of the early 20th century before gaining independence in 1946.

Its location between the South China Sea and western Pacific is strategically important. And while the U.S. closed its last military bases on the Philippines in 1992, a 1951 collective defense treaty guarantees U.S. support if the Philippines is attacked.

The U.S. noted their shared history in its remarks on the election. “We look forward to renewing our special partnership and to working with the next administration on key human rights and regional priorities,” State Department spokesperson Ned Price told reporters in Washington.

Even though the Biden administration may have preferred to work with Marcos’ leading opponent, Leni Robredo, the “U.S.-Philippines alliance is vital to both nations’ security and prosperity, especially in the new era of competition with China,” said Gregory B. Poling, director of the Southeast Asia Program at the Center for Strategic and International Studies in Washington.

“Unlike Leni, with her coherent platform for good governance and development at home and standing up to China abroad, Marcos is a policy cipher,” Poling said in a research note. “He has avoided presidential debates, shunned interviews, and has been silent on most issues.”

Marcos has been clear, however, that he would like to try again to improve ties with Beijing, Poling said.

“But when it comes to foreign policy, Marcos will not have the same space for maneuver that Duterte did,” he said. “The Philippines tried an outstretched hand and China bit it. That is why the Duterte government has reembraced the U.S. alliance and gotten tougher on Beijing over the last two years.”

Marcos Sr. was ousted in 1986 after millions of people took to the streets, forcing an end to his corrupt dictatorship and a return to democracy. But the election of Duterte as president in 2016 brought a return to a strongman-type leader, which voters have now doubled-down on with Marcos Jr.

Domestically, Marcos, who goes by his childhood nickname “Bongbong,” is widely expected to pick up where Duterte left off, stifling a free press and cracking down on dissent with less of the outgoing leader’s crude and brash style, while ending attempts to recover some of the billions of dollars his father pilfered from the state coffers.

But a return to the hard-line rule of his father, who declared martial law for much of his rule, is not likely, said Julio Teehankee, a political science professor at Manila’s De La Salle University.

“He does not have the courage or the brilliance, or even the ruthlessness to become a dictator, so I think what we will see is a form of authoritarian-lite or Marcos-lite,” Teehankee said.

The new Marcos government will not mean the end of Philippine democracy, Poling said, “though it may accelerate its decay.”

“The country’s democratic institutions have already been battered by six years of the Duterte presidency and the rise of online disinformation, alongside the decades-long corrosives of oligarchy, graft, and poor governance,” he said.

“The United States would be better served by engagement rather than criticism of the democratic headwinds buffeting the Philippines.”

Marcos’ approach at home could have a spillover effect in other countries in the region, where democratic freedoms are being increasingly eroded in many places and the Philippines had been seen as a positive influence, Wong said.

“This will have an impact on Philippine foreign policy when it comes to promoting its democratic values, freedoms and human rights, particularly in Southeast Asia,” she said. “The Philippines is regarded as a bastion of democracy in the region, with a strong civil society and a noisy media, and with Bongbong Marcos as president, we will have less credibility.” 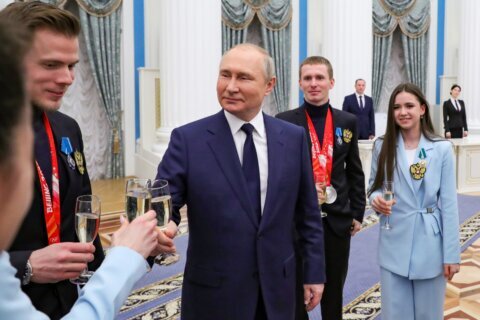