TOKYO (AP) — The Japanese yen has weakened, trading in recent weeks at 20-year lows of 130 yen to the U.S. dollar just when prices of oil and other goods are surging partly due to the war in Ukraine.

The yen’s value against the U.S. dollar and other currencies has fallen mainly because interest rates remain ultra-low in Japan but are rising in the U.S. and other countries. So Japanese who have seen prices barely inch up for many years, or even drop due to deflation, are doubly feeling the ripple effects of rising global inflation.

Popular 100-yen store chains Daiso and Can Do, the Japanese equivalents of American dollar stores, have yet to become 150-yen stores. But they are switching suppliers, mostly in China, where the yen used to buy more.

A cheap yen has historically been welcomed in export-driven Japan, boosting the overseas earnings of its manufacturers when they convert them into yen. Operating profit at Japan’s top automaker Toyota Motor Corp. got a hefty 610 billion yen ($4.7 billion) windfall from the favorable exchange rate.

These days, the weaker currency is a mixed blessing.

Tran Ha Van isn’t at all happy about what’s happening with the yen.

For the nearly 10 years she’s lived in Japan almost all of her income has been in yen. Every two months, the Vietnamese technology professional sends money home to her parents, a retired electronic engineer and a housewife.

“What I send them has dropped considerably in value,” she said.

When Tran bought Vietnamese food recently for the lunar New Year, prices for everything had jumped. A gift of a personal computer for her parents, for instance, cost more on her credit card, she said.

Tran studied Japanese intensively in Vietnam, graduated from a Japanese university, then worked at a major IT services company in sales and operation management.

She plans to start her own business with the yen she has saved up, using her bicultural and bilingual skills to connect Vietnamese businesses, especially in high-tech, with opportunities in Japan.

The price she charges is set in yen and hasn’t changed. But the cost of hiring free-lance Vietnamese engineers is now higher in yen, Tran said.

“For me, I tend to send money more from Japan to Vietnam than the other way around, so it’s inevitably a bigger minus if the yen falls,” she said.

The news on the weakening yen hasn’t been all bad.

Interest is picking up, said Parker J. Allen, who runs a business finding bargain-priced homes in the countryside and suburban Tokyo for foreign buyers wanting a second home or office.

He’s only completed a few deals so far, mostly involving executives at top-name American companies who want to live part-time in Japan. He helps bridge the gap between such people and traditional Japanese real estate agencies.

“Most of the time, you’re buying it (the house) for free, and you are paying for the land. If that 30-plus-year-old house is in great condition, you are going to get a fantastic deal,” he said recently, showing one such home, with an elegant tatami-mat room overlooking a garden with rocks and trees.

Such deals include Japan’s plentiful vacated homes, called “akiya,” which number about 8.5 million nationwide, or 13% of all homes, according to a 2018 government study. Many once were occupied by families whose children moved away. As the parents age and pass on or move to assisted living facilities, the homes often sit abandoned.

But for those with dollars buying the homes in yen, the added perk from the exchange rate buys more and adds up to quite a savings. The advantage likely is more than what Allen charges in his consultancy fee, which is 100,000 yen ($770) for the first three properties referred.

“There are great properties out there that aren’t that expensive. I think we are on the cusp of something huge. I think more people are going to realize what great things you can do in the Japanese countryside,” said Allen

The yen’s eroding worth is attracting people to new forms of investment in a nation notorious for meticulously saving.

Instead of stashing all of their savings in yen in a low-yield bank account, or keeping it in cash, some are buying NFTs, or non-fungible tokens, which are created using the same technology as cryptocurrency.

Line, a service of South Korean internet company Naver Corp., has begun selling various NFTs, like those by popular manga and musical artists. In the lineup is an NFT of Godzilla versus Hedorah, a monster that looks like a gooey mop, a symbol of industrial pollution and contamination.

Line’s offering targets core fans of the content, not investors. But some Godzilla offerings, which initially sold for 5,500 yen ($42) each, have already sold out and are soaring in price.

But Japan has kept its borders basically shut to foreign tourists during the pandemic. Once the country reopens, the economy could get a lift from the weak yen. In 2019, before the pandemic, 32 million people visited from overseas.

The government soon will let small numbers of foreign tourists visit as “an experiment.” Only visitors from the U.S., Thailand, Singapore and Australia will be welcome at first, and they must have a special visa, be triple-vaccinated and stick to specific schedules.

Kaori Inoue, who works in international promotion at the Hokkaido Tourism Organization, said she hopes to start inviting travel agency officials from abroad to drum up business. She is waiting for restrictions to ease further, and for more countries.

“Everything rests with the government. Once the changes kick in, the tourists are going to arrive in droves,” Inoue said. 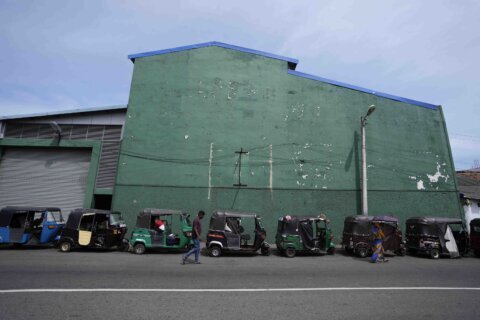 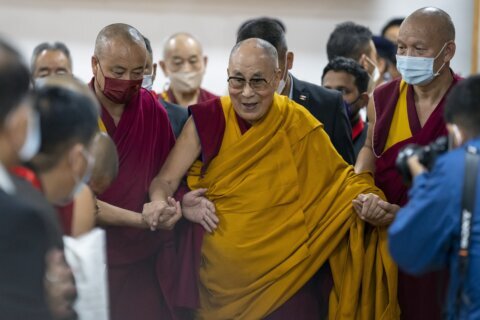 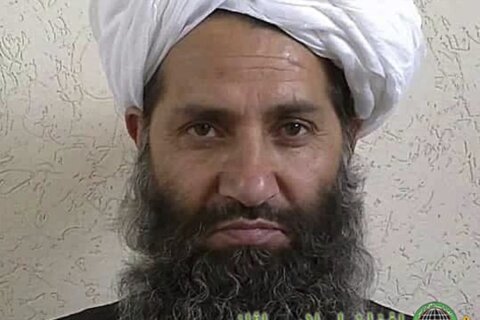