TOKYO (AP) — A Japanese court on Tuesday ordered a utility not to restart a nuclear power plant because of inadequate tsunami safeguards, backing the safety concerns of residents at a time the government is pushing for more reactors to resume power generation after pledging to ban imports of Russian fossil fuels.

The Sapporo District Court ruled that Hokkaido Electric Power Co. must not operate any of the three reactors at its coastal Tomari nuclear power plant in northern Japan because the inadequate tsunami protection could endanger people’s lives.

The utility said it will appeal the ruling, which it called “regrettable and absolutely unacceptable.”

A massive earthquake and a tsunami over 15 meters (49 feet) high hit another nuclear power plant in Fukushima in northeastern Japan in 2011, knocking out its cooling systems and causing three reactors to melt and release large amounts of radiation.

Many of Japan’s nuclear power plants have been shut down since the disaster for safety checks and upgrades. The reactors at the Tomari plant have not operated since 2012.

The government has been urging plants to resume operations to replace fossil fuels and reduce global warming. It is now accelerating that push because of fears of a power crunch following its pledge to phase out imports of Russian coal, liquefied gas and oil as part of international sanctions against Moscow’s invasion of Ukraine.

About 1,200 people from the area of the Tomari plant and elsewhere filed a lawsuit in late 2012 demanding that it be decommissioned because of inadequate earthquake and tsunami protections. In its ruling, the court dismissed that demand.

Chief Judge Tetsuya Taniguchi said Hokkaido Electric failed to take steps to address safety concerns and demonstrate the adequacy of the plant’s existing seawall, which was built after the Fukushima disaster but has since faced questions about its weak foundation.

The operator has proposed a new seawall that it says could protect the plant from a tsunami as high as 16.5 meters (54 feet), but provided no details about its structure or other plans, the court said. The plant is located at a height of 10 meters (33 feet) above the sea’s surface.

The court also ruled that Hokkaido Electric had failed to adequately explain how it can ensure the safety of spent nuclear fuel inside the reactors. 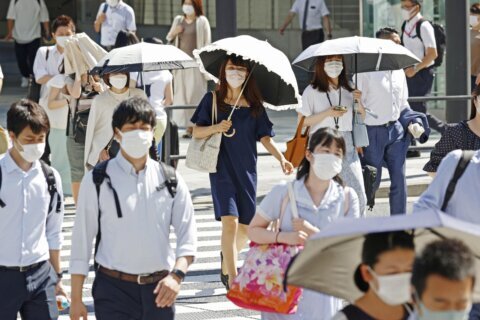