GENEVA (AP) — Russian athletes and officials who have been banned from international sports because of the war in Ukraine…
Listen now to WTOP News WTOP.com | Alexa | Google Home | WTOP App | 103.5 FM

GENEVA (AP) — Russian athletes and officials who have been banned from international sports because of the war in Ukraine are being protected rather than punished, International Olympic Committee president Thomas Bach said Friday.

Most sports bodies have followed the IOC guidance given on Feb. 28 — four days after Russia began its invasion — by taking teams and athletes out of their international competitions. In soccer, Russian teams were removed from World Cup qualifying for men and women.

Russian soccer is challenging those decisions and others at the Court of Arbitration for Sport, and Bach’s speech Friday will likely be echoed by defense lawyers at multiple pending hearings.

“Let me emphasize again that these are protective measures, not sanctions. Measures to protect the integrity of competitions,” Bach told IOC members in an online meeting. “The safety of the Russian and Belarusian athletes and officials could not be guaranteed because of the deep anti-Russian and anti-Belarusian feelings in so many countries following the invasion.”

Sanctions should apply only to “those responsible for something,” Bach said, explaining why the IOC withdrew its Olympic Order honor from Russian officials — though he did not say Russian President Vladimir Putin’s name — and advised sports to relocate events that Russia was to host.

The severity of the reaction to Russia and Belarus has provoked questions — including to FIFA — of why other countries which waged wars and even genocides had not previously faced the same isolation.

“The war in Ukraine is different because it is a blatant violation of the Olympic truce,” Bach said of the modern revival of an ancient tradition to pause hostilities and give athletes safe passage before and after an Olympics.

Weeks before the Winter Olympics in Beijing in February, United Nations member states, including Russia, approved a truce document to last until mid-March, after the Winter Paralympics.

Putin was in Beijing for the opening ceremony when Russia had already placed thousands of soldiers near the Ukraine border.

Russia’s breach of the truce was its third in 14 years. There was a military conflict with neighboring Georgia on the eve of the 2008 Beijing Olympics, and the country annexed Ukrainian territory in Crimea soon after hosting the 2014 Winter Games in Sochi.

Bach also justified the reaction to ban Russian athletes by saying “far-reaching political, social and economic consequences of the war make it a turning point in world history.”

Bach distanced himself from Putin, with whom he was publicly close around the Sochi Olympics. Those Winter Games were marred by a state-backed doping program in Russia.

“(The IOC’s) relationship with the Russian political leadership has dramatically deteriorated over the past years,” Bach said, citing the doping scandal, cyberattacks by Russian hackers and “even personal threats to individuals,” which he did not specify.

Bach moved to protect Russia’s active and honorary IOC members, who were allowed to take part online in Friday’s meeting. They include two-time Olympic pole vault champion Yelena Isinbayeva, who is an officer in the Russian army.

The IOC has not suspended those Russian members who have not publicly criticized the war.

“There is no justice if you paint everyone with the same brush,” said Bach, noting a new Russian law that can punish dissent with 15-year jail sentences. “We can appreciate that under such circumstances silence in itself can be a message.”

In recent weeks, Russian athletes who made public gestures supporting the war have been banned from international competitions in gymnastics and swimming.

“We are monitoring closely who is supporting this war with their statements or actions,” Bach said. “We have drawn and will draw necessary (conclusions).”

Bach did not say if Russian teams, athletes and officials will be banned from the 2024 Paris Olympics, but he noted there would be “a time to rebuild bridges” through sport.

At a later news conference, Bach said “we do not know how this situation evolves” with the war and would not speculate on conditions that could be met to let Russia and Belarus back in to global sport. 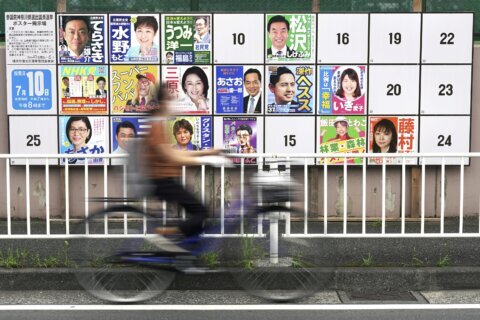 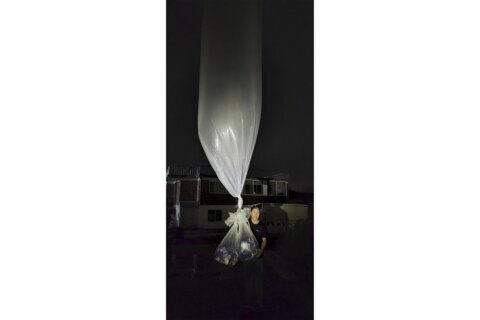 Russia’s war in Ukraine to overshadow G20 talks in Bali