US officials heading to Solomons over China pact worries

WELLINGTON, New Zealand (AP) — The U.S. is sending two top officials to the Solomon Islands following a visit last week by an Australian senator over concerns that China could establish a military presence in the South Pacific island nation.

The White House said Monday that later this week, Kurt Campbell, the National Security Council Indo-Pacific coordinator, and Daniel Kritenbrink, the assistant secretary of state for East Asian and Pacific affairs, will lead a delegation of U.S. government officials to the Solomon Islands, and will also visit Fiji and Papua New Guinea.

A draft of the pact, which was leaked online, said Chinese warships could stop in the Solomon Islands and China could send police and armed forces there “to assist in maintaining social order.”

Wang told reporters at a daily briefing that the agreement covers “maintaining social order,” along with protecting lives and property, providing humanitarian assistance and responding to natural disasters.

“We are committed to helping the Solomon Islands to strengthen its capacity building to maintain national security,” Wang said. He said the agreement does not seek to supersede the South Pacific nation’s security ties with other nations.

The Solomon Islands has sought to downplay the significance of the agreement and says it won’t lead to China establishing a military base there, but many neighboring countries and Western nations remain worried.

U.S. State Department spokesman Ned Price said the agreement could destabilize the Solomon Islands and would set a concerning precedent for the wider Pacific region.

The U.S. trip comes after a visit to the Solomon Islands last week by Australian Sen. Zed Seselja, the minister for international development and the Pacific.

The Australian government said it was “deeply disappointed” by the Chinese announcement that the deal was signed.

“We are concerned about the lack of transparency with which this agreement has been developed, noting its potential to undermine stability in our region,” Seselja and Australian Foreign Minister Marise Payne said in a joint statement.

“We continue to seek further clarity on the terms of the agreement, and its consequences for the Pacific region,” the statement added.

“We have asked Solomon Islands respectfully to consider not signing the agreement and to consult the Pacific family in the spirit of regional openness and transparency, consistent with our region’s security frameworks,” Seselja said.

The announcement of the reopening of the embassy, which has been closed since 1993, came in February before the security pact came to light, but amid already growing concerns about Chinese influence in the strategically important country. 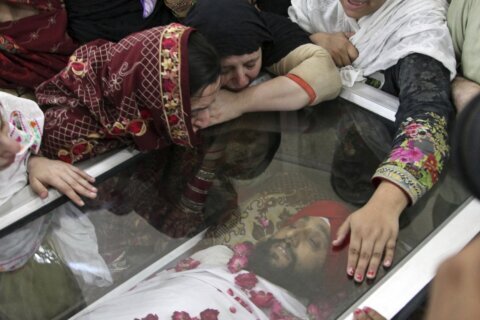 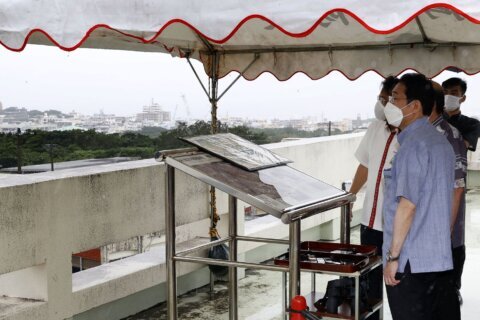 Okinawa marks 50 years of end to US rule amid protests