COLOMBO, Sri Lanka (AP) — Sri Lankan business leaders on Friday called for an end to political instability amid public demands for the president to resign over alleged economic mismanagement, warning that failure to do so would lead to economic catastrophe.

Leaders from 23 business associations representing export, import and logistics companies told reporters in the capital, Colombo, that they want lawmakers to “act responsibly and resolutely to implement remedial solutions to halt and then reverse the rapidly deteriorating situation.”

The associations warned that their industries, which collectively earn around $16.7 billion annually through exports of merchandise and services, would come to a standstill if the current situation continues.

The Indian Ocean island nation is experiencing its worst economic crisis in decades.

For several months, Sri Lankans have endured long lines to buy fuel, cooking gas, food and medicine, most of which come from abroad and are paid for in hard currency. The fuel shortage has caused rolling power cuts lasting several hours a day.

The extent of the crisis became clear when Sri Lanka couldn’t pay for imports of basic supplies because of its huge debts and dwindling foreign reserves. The country has nearly $7 billion in foreign debt obligations for this year alone. Sri Lanka has to pay foreign debt of over $25 billion over the next five years.

In a bid to resolve the crisis, Sri Lanka’s new Central Bank governor Nandalal Weerasinghe said they were expediting the debt restructuring process and will also to seek financial assistance from the IMF.

He said that move would “give a strong message to international investors, our creditors and market that we are going to come out from the crisis as soon as possible.”

His comments came just after the Central Bank decided to increase the interest rates by 7%.

The bank said a substantial policy response is needed to arrest the build up of demand-driven inflation and to provide the impetus to stabilize the exchange rate.

Rohan Masakorala, director general of the Sri Lanka Association of Manufacturers and Exporters of Rubber, said business owners are worried because “something dangerous is heading towards us.”

“We need a stable political system,” he said, noting that confidence must be regained “before we completely fall off the precipice.”

Yohan Lawrence, secretary general of the Joint Apparel Association Forum, which represents the country’s garment industry, urged stakeholders to come up with a “viable and long-term solution.”

“We face a total economic collapse if nothing is done quickly,” he said.

Nationwide protests over the country’s economic troubles have expanded to include criticism of President Gotabaya Rajapaksa and his politically powerful family.

Thousands of people from all walks of life have been demonstrating this week, demanding a solution to the crisis and calling for Rajapaksa to resign.

Police used tear gas and a water cannon to disperse about 1,500 university students who marched toward Parliament on Friday.

Lahiru Mudalige, a student leader, said the only solution is for the president to resign.

“As a student movement we took to the streets to chase out Gotabaya Rajapaksa,” he said.

Rajapaksa has resisted the demands to step down, even after members of his own coalition joined them this week, with governing party lawmakers calling for the appointment of an interim government to avoid possible violence.

Rajapaksa earlier proposed the creation of a unity government, but the main opposition party rejected the idea. Cabinet members submitted their resignations on Sunday, and on Tuesday nearly 40 governing coalition lawmakers said they would no longer vote according to coalition instructions, significantly weakening the government.

This has turned the economic crisis into a political one, with no functioning Cabinet. Parliament has failed to reach a consensus on how to deal with the crisis.

The president and his older brother, Prime Minister Mahinda Rajapaksa, continue to hold power, despite their family being the focus of public ire. Five other family members are lawmakers, including Finance Minister Basil Rajapaksa, Irrigation Minister Chamal Rajapaksa and a nephew, Sports Minister Namal Rajapaksa.

Rajapaksa last month said his government was in talks with the International Monetary Fund and had turned to China and India for loans, and he appealed to people to limit their use of fuel and electricity. 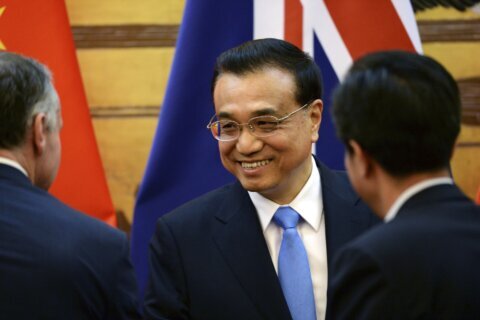