Sunisa Lee arrived in Tokyo last summer relatively unknown. Then came the Olympics, the meet of her life, a gold medal she once thought unattainable and first-name-only status in her sport for life.
Listen now to WTOP News WTOP.com | Alexa | Google Home | WTOP App | 103.5 FM

FORT WORTH, Texas (AP) — Sunisa Lee arrived in Tokyo last summer relatively unknown. Then came the Olympics, the meet of her life, a gold medal she once thought unattainable and first-name-only status in her sport for life.

Her all-around title and the splash of fame that came with it did little to mess with her plans. She moved to Auburn to start her freshman year just a couple of weeks after coming back to the U.S. with three medals in her carry-on. Relaxed rules on name, image and likeness meant she didn’t have to choose between “Dancing With the Stars” and taking online classes while competing for the Tigers.

The now 19-year-old has done everything she has set her mind to, both on the mat and off. Her personal brand is booming and Auburn is in this week’s NCAA national championships for the first time since 2016, exactly as she hoped when she left Japan last summer.

Still, Lee and fellow Olympians Jade Carey (Oregon State), Grace McCallum (Utah) and Jordan Chiles (UCLA) will take the floor on Thursday with something the rest of the field does not: the weight of outsized expectations, the kind that comes with the territory after you’ve stood on an Olympic podium with the flag of your country being raised to the rafters.

“I think all the Olympians have that burden,” Auburn coach Jeff Graba said. “I think Suni has it maybe more than most just because the all-around gold medalist always has a little bit of an extra burden on them.”

Yet Graba is quick to point out that Olympic gymnastics and NCAA gymnastics are the same sport in spirit, but not necessarily in practice.

Carey, who won gold on floor exercise in Tokyo, acknowledges going from 30-plus hours in the gym while training for the Olympics to the NCAA-mandated 20-hour limit with the Beavers — not to mention cramming a dozen-plus meets into three months — took some getting used to.

“We’re not training as much, so I’m not super tired,” Carey said. “But I would say, like the middle of the season. I was like, ‘Whoa, like this is a lot of competing.’”

That’s because it is. The elite calendar is geared toward making sure athletes peak a handful of times a year. The collegiate season spans a fraction of that while asking gymnasts to pull on their leotard and salute the judges far more frequently.

It’s one of the reasons collegiate gymnastics puts a premium on precision. Yes, the level of gymnastics might not be what you see at the Olympics, but if you held the Olympics every week for 13 straight weeks, they might look an awful lot like what will be showcased inside Dickie’s Arena this weekend.

Eight months ago, Lee stunned the world — perhaps herself most of all — when she became the fifth straight American woman to claim the Olympic title. This week, the reality is she’s not the prohibitive favorite to win the NCAA crown.

Florida senior Trinity Thomas put together 18 routines this year the judges scored a 10.0, the most in the country. A former and maybe future elite — she said “nothing is set in stone” after this weekend — Thomas has been where the Lee and company are now, trying to figure out a way to recalibrate her skillset and her mindset.

“I kind of like the aspect of like trying to do things like as good as possible because you were going for that 10,” Thomas said. “And so that was definitely really cool for me and like something that I kind of got to switch over and be like, ‘OK, I want everything to be literally perfect,’ right?”

An option that doesn’t exist at elite. That’s hardly the case collegiately. Judges have awarded a staggering 69 perfect 10s this season, including a weekend when all four of the 2020 Olympians saw the iconic number flash across the scoreboard for them at least once.

And yeah, it was pretty dope.

“I was really excited, like I made the Olympics all over again,” Chiles said.

And a return trip to their sport’s biggest stage remains the goal for Chiles, Lee and Carey. Both Chiles and Carey are participating in a U.S. national team camp later this month. Lee’s immediate future remains a bit up in the air — Graba said he will sit down with his star after NCAAs to discuss her options — but Lee has not been shy about saying she would like to be in Paris in 2024.

Trying to compete at both the elite and college levels at the same time is incredibly demanding, meaning this trip to nationals may be their only one. Yet their appearance has provided another jolt to a level of the sport in the midst of a boom.

If someone other than an Olympian stands atop the podium on Thursday night with the all-around title in hand, Chiles sees it as proof that the talent pool at the collegiate level extends far beyond the Olympians. That’s hardly a bad thing. 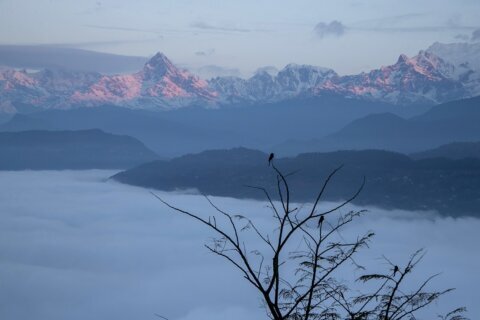 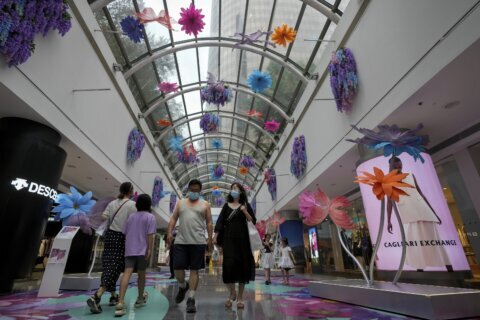