HONG KONG (AP) — Lawyers for Hong Kong media mogul and pro-democracy activist Jimmy Lai are asking the United Nations to investigate his imprisonment and multiple criminal charges as “legal harassment” that punish him for speaking out.

The publisher of the now-defunct Apple Daily newspaper was one of the most prominent activists arrested in Hong Kong’s crackdown on virtually all political criticism since mass pro-democracy protests in 2019.

The crackdown continued early Monday with the arrest of another veteran journalist, Allan Au Ka-lun, a teaching consultant who’d worked for a number of Hong Kong media outlets.

The actions by Lai’s lawyers in Britain followed that country’s announcement last month it would withdraw its judges from Hong Kong’s top court because keeping them there would “legitimize oppression” in the former British colony.

Lai, 74, has been charged under Hong Kong’s sweeping national security law and is serving 20 months in prison. His assets have been frozen and the raft of legal cases against him include four separate criminal prosecutions related to attending and joining various protests, his legal team at Doughty Street Chambers in the U.K. said in a statement.

Lai faces “the risk of spending the rest of his life in prison simply for speaking out, and for seeking to defend freedom of the press, democracy and the rule of law in Hong Kong,” Lai’s counsel, Caoilfhionn Gallagher, said in the statement.

In a follow-up email, Gallagher said the appeal had been filed with the U.N. special rapporteurs for freedom of opinion and expression, counter-terrorism and human rights, rights to freedom of peaceful assembly and of association, and human rights defenders.

“We are awaiting a response,” she wrote.

While the U.N. has a number of special rapporteurs, their powers are limited mainly to seeking information from government agencies and possibly seeking real steps to end violations.

Hong Kong authorities had no immediate comment on the request. When Britain withdrew its judges, China reacted furiously, accusing Britain of flagrant interference and harm to Hong Kong’s judicial system.

Police issued a brief statement on the arrest of Au, saying a 54-year-old man had been arrested for “conspiracy to publish seditious publication” and was being detained for further investigation.

The national security law that was imposed by Beijing to override local opposition defines sedition in extremely broad terms, permitting authorities to punish almost all open criticism of the government. Those caught in its net include four people arrested last week for clapping in court.

Au had been a teaching consultant at Chinese University’s journalism school and had previously worked for Hong Kong media outlets TVB and RTHK. He had also written a column for outspoken pro-democracy platform Stand News, which shut down last year after police raided it and arrested staff.

In a statement, the Hong Kong Journalists Association said Au had been a mentor to young journalists and expressed its “deep concern” his arrest would “further damage the freedom of the press in Hong Kong.”

“We urge the police to explain the case as soon as possible, and at the same time request the government to protect the freedom of the press and speech enjoyed by Hong Kong citizens in accordance with the Basic Law,” it said, referring to Hong Kong’s mini-constitution under which it returned to Chinese control. 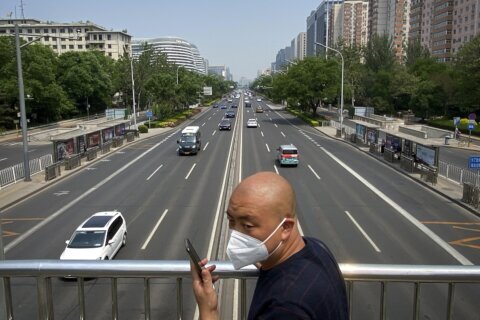