TOKYO (AP) — U.S. and Japanese warships, led by the USS Abraham Lincoln carrier strike group, are conducting their joint naval exercise in waters between Japan and the Korean Peninsula for the first time in five years, in a show of their close military alliance amid growing speculation of North Korea’s missile or nuclear testing later this week.

The U.S. 7th Fleet and Japan’s Maritime Self-Defense Force said Wednesday they conducted a joint naval exercise at the Sea of Japan on Tuesday and Wednesday. It was the first time the U.S. aircraft carrier held the exercise in the area since 2017 and is seen as an apparent attempt to deter North Korea’s provocation.

Defense experts have warned that North Korea may launch another missile or even conduct a nuclear test as early as this week when Pyongyang marks the birth anniversary of its founding leader Kim Il Sung. Tension is rising in the region ahead of an annual joint military exercise between the United States and South Korea.

Japan has also stepped up joint military exercises with its closest ally, the United States, as well as regional partners in recent years amid rising concern over China’s increasingly assertive military actions in the regional seas.

Japan’s Chief Cabinet Secretary Hirokazu Matsuno told reporters that the ongoing joint exercise is “aimed at strengthening military cooperation between Japan and the United States, and is not keeping in mind a specific country. … We will continue to strengthen deterrence and response capability of the Japan-U.S. alliance and to do utmost for the defense of our country.”

Details of the exercise will be released by the Japanese Defense Ministry “when the situation allows a disclosure.”

“Our works contribute to the regional peace and stability,” the Japanese navy tweeted.

Tension has risen in the area over North Korea’s spate of missile tests this year, including its first intercontinental ballistic missile launch in more than four years.

Some experts say the North’s recent missile tests were meant to perfect its weapons technology, boost its leverage in future negotiations with the U.S. and secure stronger internal loyalty. They say North Korea could soon conduct another ICBM launch, a launch of a satellite-carrying rocket or a test of a nuclear device in coming weeks. 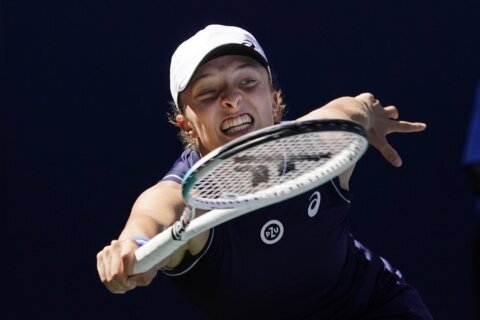 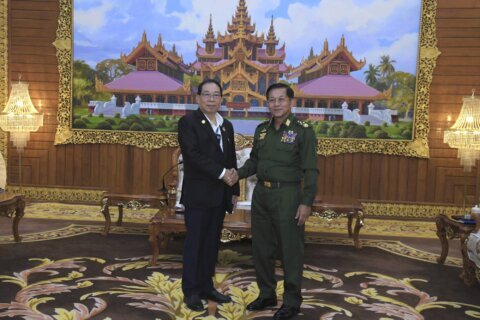