JAKARTA, Indonesia (AP) — Japanese Prime Minister Fumio Kishida and Indonesian President Joko Widodo urged a rapid halt to fighting in Ukraine on Friday and said they will work together to improve humanitarian conditions there.

“The Ukraine war must be stopped immediately and we agree to create a conducive situation so that negotiations and a peaceful solution can be reached quickly” Widodo said after meeting with Kishida in Jakarta.

Indonesia is Kishida’s first stop on an eight-day trip that will also take him to Vietnam, Thailand, Italy and the United Kingdom.

Russia’s invasion of Ukraine “shook the foundations of the international order, including in Asia, and it must be strongly condemned,” Kishida said.

Kishida and Widodo also discussed Indonesia’s role as current chair of the Group of 20 leading rich and developing nations.

“We will use Indonesia’s leadership of the G-20 as a catalyst for a humanitarian response and world economic recovery,” Widodo said.

Widodo announced Friday that he has invited both Ukraine President Volodymr Zelenskyy and Russian President Vladimir Putin to attend the G-20 leaders’ summit in Bali in November. He said Putin agreed to attend but it was unclear whether it would be in person or virtually. It was not immediately known whether Zelenskyy would attend.

Widodo also said he rejected a request from the Ukrainian leader for weapons from Indonesia.

“The mandate of Indonesia’s Constitution and the principles of our foreign policy prohibit providing arms to other countries,” Widodo said. “However, we are ready to provide humanitarian aid to Ukraine.”

“I reiterated the importance of ending the war immediately,” he said. “I also emphasized that peaceful efforts should continue and Indonesia is ready to contribute to these peaceful efforts,” he said in televised remarks.

Indonesia is hoping for additional Japanese investment, especially in energy, cement, agricultural technology and health, and that Japan will make Indonesia an important part of the global supply chain for its industries, Widodo said. 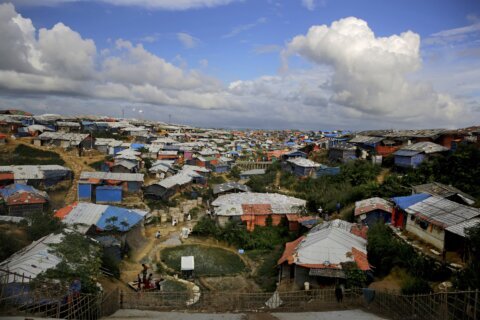