Lee said at an online news conference that he would stand for the election on May 8 after the Chinese government approved his resignation, which he submitted last week, as the city’s chief secretary for administration.

He said a new government under his leadership would safeguard the rule of law and the “one country, two systems” framework in the city that allows Hong Kong to govern semi-autonomously and enjoy certain freedoms not found in mainland China.

“This decision is made out of my loyalty to my country, my love for Hong Kong, and my sense of duty to the Hong Kong people,” Lee said.

Lee’s candidacy comes after current leader Carrie Lam announced she would not run for a second term, following a rocky five years in power that spanned the COVID-19 pandemic, a crackdown on political freedoms and Beijing’s rapid and growing influence over the territory.

Lee, 64, is a staunch advocate of the city’s national security law, which has been used since 2020 to target pro-democracy activists, supporters and media, diminishing freedoms promised to Hong Kong during Britain’s handover to China in 1997.

Experts in the city see a potential administration under Lee as a signal that Beijing could further tighten its grip on the semi-autonomous Chinese city.

The chief executive will be voted in by an election committee of about 1,500 people, a majority of whom are pro-Beijing. The new leader will take office on July 1.

Lee spent the early years of his civil service career as a police officer and steadily climbed the ranks. He became Hong Kong’s security minister in July 2017 under Lam’s administration, and last June was promoted to chief secretary for administration.

Lee was a key figure in proposing contentious legislation in 2019 that would have allowed suspects in Hong Kong to be extradited to mainland China. He later oversaw a police crackdown on demonstrators after the proposed bill sparked months of massive anti-government protests in 2019.

After the protests were snuffed out, Lee was an outspoken supporter of the national security law imposed on the city, which outlaws subversion, secession, terrorism and collusion with foreign forces in the city’s affairs and has been used to suppress dissent. Over 150 people have been arrested since the law was implemented.

In 2020, the U.S sanctioned Lee, together with Lam and other Hong Kong and mainland Chinese government officials, for “undermining Hong Kong’s autonomy and restricting the freedom of expression or assembly.”

Next month’s election will be the first since Hong Kong’s electoral laws were amended last year to ensure that only “patriots” loyal to Beijing can hold office. The changes make it difficult for pro-democracy supporters to run for chief executive.

Hong Kong’s leader is chosen every five years, although the selection process is carefully orchestrated behind the scenes by Beijing. The four chief executives selected since Hong Kong’s handover have all been candidates seen as favored by Beijing.

Lee said he would focus policymaking on ensuring that Hong Kong remains competitive globally and “bolster its role as a gateway and bridge between our country and the world.” 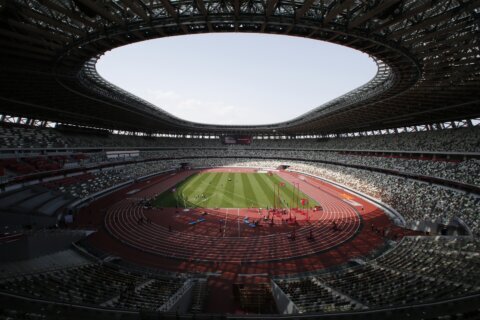 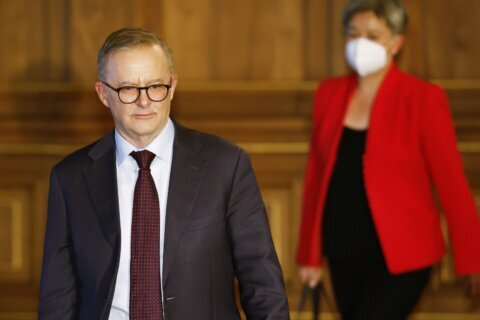