SEOUL, South Korea (AP) — Thirty years after going public with her story of abduction, rape and forced prostitution by Japan’s wartime military, Lee Yong-soo fears she’s running out of time to get closure to her ordeal.

The 93-year-old is the face of a dwindling group of South Korean sexual slavery survivors who have been demanding since the early 1990s that the Japanese government fully accept culpability and offer an unequivocal apology.

Her latest – and possibly final – push is to persuade the governments of South Korea and Japan to settle their decades-long impasse over sexual slavery by seeking judgement of the United Nations.

Lee leads an international group of sexual slavery survivors and advocates – including those from the Philippines, China, Indonesia, Australia and East Timor – who sent a petition U.N. human rights investigators last week to press Seoul and Tokyo to jointly refer the issue to U.N.’s International Court of Justice. The group wants Seoul to initiate arbitration proceedings against Japan with a U.N. panel on torture if Tokyo doesn’t agree to bring the case to the ICJ.

It’s unclear whether South Korea, which will swear in a new government in May, will consider bringing the matter to the U.N. when it faces pressure to improve relations with Japan amid a turbulent moment in global affairs. The country has never fought a case under such proceedings, and anything less than a lopsided victory might be seen at home as a defeat.

It’s hard for Lee to be patient when other survivors keep dying.

She worries about their plight being forgotten or distorted by Japan’s apparent efforts to downplay the coercive and violent nature of the World War II sexual slavery and exclude it from schoolbooks.

She cried as she described how she was dragged from home as a 16-year-old to serve as a sex slave for Japan’s Imperial Army, and the harsh abuse she endured at a Japanese military brothel in Taiwan until the end of the war — a story she first told the world in 1992.

“Both South Korea and Japan keep waiting for us to die, but I will fight until the very end,” Lee said in a recent interview at The Associated Press office in Seoul, across the street from the Japanese Embassy. She said her campaign is aimed at pressuring Japan to fully accept responsibility and acknowledge its past military sexual slavery as war crimes and properly educate its public about the abuses, through textbooks and memorials.

“I think time has so far waited for me so that I can clench my teeth and do everything that I can to resolve this issue,” Lee said.

Grievances over sexual slavery, forced labor and other abuses stemming from Japan’s brutal colonial rule of the Korean Peninsula before the end of World War II have strained Seoul-Tokyo relations in recent years as the animosities spilled over to trade and military cooperation issues. The disputes have frustrated Washington, which wants stronger three-way cooperation with its Asian allies to confront challenges posed by North Korea and China.

Still, the countries may find it difficult to focus on the future if they can’t narrow their disagreements over the past.

Lee, who in 2007 testified at the U.S. House of Representatives before it passed a landmark resolution urging Japan to acknowledge the wartime sexual slavery, no longer believes Seoul and Tokyo can settle their history dispute without a U.N. process.

Years of bilateral diplomatic talks were largely fruitless. A haphazard settlement reached between the countries’ foreign ministers in 2015 — including Fumio Kishida, the current prime minister of Japan — never lived up to its goal of “finally and irreversibly” resolving the issue.

Lee and other survivors said Seoul officials didn’t consult them before making the deal, under which Japan agreed to contribute 1 billion yen ($8 million) to a South Korean fund to help support the victims. They questioned the sincerity of the Japanese government — then led by right-wing Prime Minster Shinzo Abe, who had long been accused by South Koreans of sanitizing Japan’s war crimes — because Japanese officials stressed the payments shouldn’t be considered as compensation.

South Korean court rulings in recent years calling for Japan’s government and companies to provide reparations to victims of sexual slavery and forced labor have been angrily rejected by Tokyo, which insists all wartime compensation issues were settled under a 1965 treaty normalizing relations between the two nations.

Historians say tens of thousands of women from around Asia, many of them Korean, were sent to front-line military brothels to provide sex to Japanese soldiers. At the time of the 2015 deal, 46 of the 239 women who registered with the Seoul government as victims were still alive in South Korea, but there are now only 12.

Japan has repeatedly expressed regret over its wartime actions. It conducted a study of the practice and established a fund from private contributions in 1995 to compensate victims in the Philippines, South Korea and Taiwan before it expired in 2007.

Many South Koreans believe Tokyo’s previous comments and actions lacked sincerity and fell short of legal reparations before they were further ruined by conservatives who’ve continued to downplay or question Japan’s wartime past. There’s also frustration over views that Japanese schoolbooks sugarcoat past brutalities.

A U.N. report from 1996 concluded that sex slaves were taken through “violence and outright coercion.” A statement from Japan in 1993 acknowledged that women were taken “against their own will, through coaxing, coercion,” but the nation’s leaders later denied it.

Japan’s Foreign Affairs Ministry now says its government has found no documents showing the use of coercion in the recruitment of the so-called “comfort women” and refuses to describe the system as sexual slavery. Tokyo has urged Seoul to abide by the 2015 agreement and described recent lawsuits filed by South Korean sexual slavery victims seeking compensation as “extremely regrettable and absolutely unacceptable.”

Lee began campaigning last year for Seoul and Tokyo to jointly refer their sexual slavery-related disputes to the ICJ in The Hague, the U.N.’s highest court. After a muted response from both governments, Lee is now demanding that South Korea call for a U.N. panel to examine whether Tokyo is failing to carry out its obligations under the 1984 Convention against Torture by denying or downplaying its past brutalities.

South Korea can either file a complaint against Japan with the convention’s committee against torture or sue Japan at the ICJ for violations of the convention, said Ethan Hee-Seok Shin, an international law expert who is helping with Lee’s efforts. In handling disputes between countries, the convention allows for any one party to refer the matter to the ICJ if the countries can’t agree within six months on an arbitration panel. ICJ decisions are binding upon U.N. member states.

“This issue doesn’t die with the survivors,” Lee said. “If I can’t take care of it, the problems get passed to our next generation.” __ AP writer Yuri Kageyama in Tokyo contributed to this report. 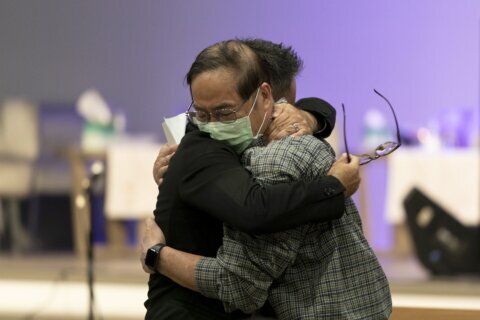 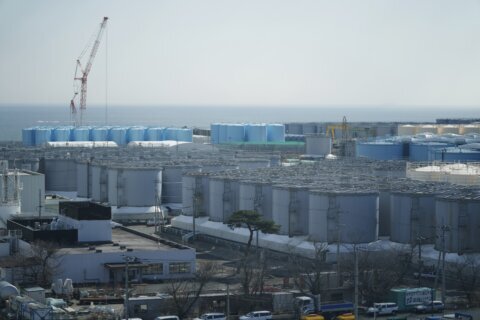