TOKYO (AP) — People across Japan are celebrating the peak cherry blossom viewing season one week after the lifting of COVID-19 restrictions, triggering concerns of a possible virus resurgence.

Trees are in full bloom this week in many parts of Japan. The peak in Tokyo was on Sunday, according to the Japan Meteorological Agency, attracting many people who had avoided participating in the national tradition for two years because of the pandemic.

At Chidorigafuchi Park, a famous “hanami” or cherry blossom viewing spot northwest of the Imperial Palace, thousands of people viewed the fluffy pale pink flowers while strolling under rows of trees or from rowboats on the palace moat.

“I feel like life has finally gotten back to normal. Here in the downtown area, people have waited for this for so long,” Takanori Shiwaku, a 62-year-old café owner, said as he admired the blossoms at the park.

He said cherry blossoms, which bloom and then fall en masse, connote a sense of pureness.

“I wanted to come here for sure this year, and I’m really happy,” said Midori Hayashi, a 75-year-old retiree who has largely stayed at home for the past two years.

Cherry blossoms, or “sakura,” are Japan’s favorite flower and usually reach their peak in late March to early April, just as the country celebrates the start of a new school and business year.

At many parks, viewers were requested this year not to gather under the trees for drinking parties — a traditional way of celebrating the season — as part of continuing anti-virus measures.

Tokyo reported 7,846 new cases on Tuesday, more than twice the 3,533 a week earlier, in a resurgence attributed to the new omicron subvariant. Nationwide, Japan logged 29,740 new cases on Monday, up slightly from the previous week, bringing the country’s total to about 6.4 million, including about 28,000 deaths.

Tokyo Gov. Yuriko Koike said the increase underscored “the spread of the BA.2 subvariant of omicron that is replacing the existing variant with significant speed.” 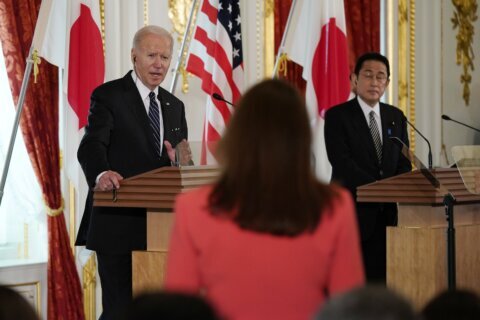 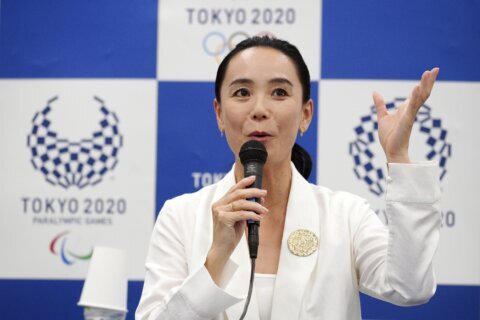 Tokyo Olympic film debuts in Japan; headed next to Cannes

Biden: US would respond militarily if China invades Taiwan, says ‘that’s the commitment we made’