SYDNEY (AP) — Uruguay-born striker Bruno Fornaroli was one of five uncapped players selected by coach Graham Arnold in his squad for Australia’s must-win World Cup qualifiers against Japan and Saudi Arabia over the next two weeks.

The 34-year-old Fornaroli was recently granted citizenship after spending seven years in Australia and the Socceroos are confident FIFA will approve a request to switch his international affiliation before the March 24 match against Japan in Sydney.

Australia is in third place in Group B in Asian qualifying and needs to beat second-place Japan and group leader Saudi Arabia on March 29 to have any real chance of automatic qualification for the World Cup later this year in Qatar.

If the Socceroos finish third they will enter a playoff route to the finals which will involve facing the third-place team from the other Asian qualifying group and then the fifth-place finisher in South American qualifying.

Fornaroli is a veteran forward who became eligible for Australia under revised rules after playing four seasons for Melbourne City in the A-League before transferring to Perth Glory for the 2019-20 season.

“Now it’s reality. Now I live in a dream,” Fornaroli said. “All my career, I waited for a moment like this. For sure it will be the biggest moment in my career.”

He thanked Australian great Tim Cahill for encouraging him to take up permanent residency in Australia and midfielder Aaron Mooy, who gave him one of his Socceroos jerseys five years ago.

“If you look at what Bruno Fornaroli’s done for Australian football as a foreigner over the last … 7 to 8 years, he’s always been consistently one of the best strikers in the league,” Arnold said. “With his goal-scoring ratio of a goal every two games, he brings great quality but on top of that, he brings a South American mentality and that is fight ’til you drop.”

Mooy, a former English Premier League midfielder, has not been selected after testing positive for COVID-19. Mathew Leckie has been included despite not playing since limping off with a groin injury in Melbourne City’s A-League match against Perth Glory earlier this month.

Awer Mabil returns after missing the squad in Australia’s most recent matches — rewarded for his successful start to a loan spell in Turkey.

Australia will also be without star striker Jamie Maclaren for the Saudi Arabia match in Jeddah on March 29 — the Melbourne City forward will leave the squad after the Japan game for his wedding.

A win over Japan would be Australia’s first over its Asian rival since 2009. 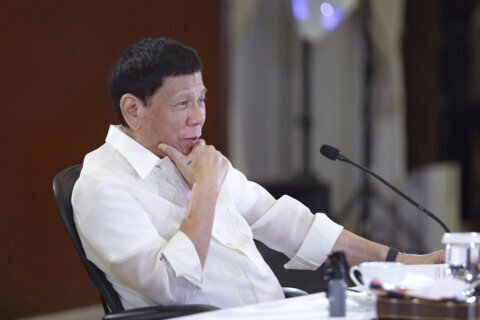