Australia said it understands New Delhi’s position on the ongoing Ukraine crisis, as the two countries aim to focus on stability in the Indo-Pacific region and pushing through a major trade deal, India’s foreign secretary said on Monday.

Shringla told reporters Morrison “expressed understanding of India’s position on the issue of Ukraine, which he felt directly reflected our own situation, our own considerations”.

In his opening remarks earlier, Morrison referenced the situation in Ukraine, calling it a “very distressing backdrop” to the meeting.

“While we are obviously very distressed by the situation in Europe, our focus is always very much on what is occurring in the Indo-Pacific and ensuring that those events never occur here,” he said.

Modi, however, did not mention Ukraine. Instead, he emphasized India’s commitment to a “free, open and inclusive Indo-Pacific”.

Both leaders stressed the progress of the Quad, an alliance of Australia, India, Japan and the United States that aims to counter China’s rising influence in Asia. “The success of the Quad is critical to regional and global stability,” Modi said.

India is the only Quad member that has not condemned Russia’s invasion of Ukraine. It has refrained from taking sides and abstained from voting against Russia at the U.N. or criticizing President Vladimir Putin. Analysts say India’s position stems from New Delhi’s reliance on Russia, which was a Cold War ally for energy, weapons and support in conflicts with its neighbors.

Modi and Morrison said they would also prioritize building economic relations and the Comprehensive Economic Cooperation Agreement for which negotiations first began in 2011. Talks on an interim trade deal were ongoing with the hope of reaching an outcome “at the earliest,” Shringla said at a press briefing after the virtual summit.

A joint statement including more details on investments into various areas like defense, maritime cooperation, renewable energy, space and critical minerals will be released later on Monday. Bilateral trade between the two countries has grown over the years, reaching around $20 billion annually in 2020, according to government data.

Monday’s summit was the second one after the first was held in 2020, where Modi and Morrison upgraded the India-Australia relationship with a raft of agreements, focused on strengthening defense ties and cooperation on Indo-Pacific maritime issues. 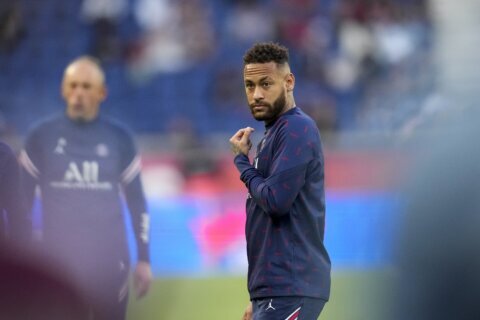