Members of the two groups attacked each other with machetes, arrows and Molotov cocktails, National Police spokesperson Ahmad Ramadhan said at a news conference.

One of the dead was a member of the groups that clashed, and 18 bodies were found after the fire Monday night at the club in Sorong city.

The clash Monday at the nightclub followed a clash Saturday night between the same groups because of a misunderstanding, city police Chief Ary Nyoto Setiawan said.

“We called them and mediated them but they continued the clash until late night,” Setiawan said.

He said police evacuated visitors of the nightclub during the clash, but firefighters later found 18 bodies in one of the rooms inside the building.

Police are still investigating what caused the clash and whether the fire was set or was accidental. 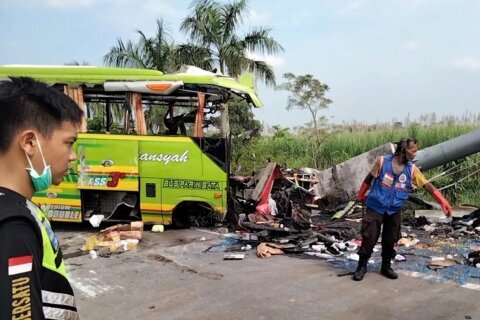