COLUMBIA, Mo. (AP) — A judge on Friday sentenced a Missouri man to 28 years in prison — the maximum he could impose — for the 2019 killing of his wife, whose body he buried in a state park and whose death he misled the authorities about for more than a year.

The sentence Judge Brouck Jacobs gave to 26-year-old Joseph Elledge was the one jurors recommended in November when they convicted Elledge of second-degree murder in the killing of his wife, Mengqi Ji, 28. Ji met Elledge after she moved to the U.S. from China to study engineering at the University of Missouri.

Before Jacobs handed down his sentence, which couldn’t have exceeded the jury’s recommended one, Boone County Prosecuting Attorney Dan Knight called for him to put Elledge behind bars for as long as he could, KOMU-TV reported.

“The defendant deserves no break because he displayed no remorse,” Knight said.

Knight also called Elledge the “biggest complainer in the history of the Boone County Jail,” noting that he filed 28 grievances about its temperature and the noise made by its heating system, plumbing, faucets, toilets and TV. Elledge called the noises “cruel and unusual punishment.”

Elledge’s second-degree murder conviction will require him to serve at least 85% of his sentence before being eligible for parole.

Elledge reported Ji missing in October 2019, prompting months of extensive searches. Her remains were found last March in a park near Columbia, where the couple lived.

During the trial, Knight described Elledge as a “stone cold killer” and argued that he was guilty of first-degree murder because he intentionally killed Ji. Prosecutors used social media posts, audiotapes and a journal Elledge kept to document the couple’s volatile relationship.

But Elledge said Ji’s death was accidental. He said Ji fell and hit her head on Oct. 8, 2019, after he pushed her during an argument, and that he found her dead in bed the next morning. He said he panicked, put her body in the trunk of her car and didn’t report what happened while he tried to decide what to do.

On Oct. 10, 2019, with the couple’s then-year-old daughter in the car, Elledge drove to Rock Bridge State Park, about 5 miles (8 kilometers) south of Columbia. There, he dug a grave and buried Ji not far from where he had proposed to her. He then returned home and reported her missing.

Elledge’s attorney Scott Rosenblum argued that his client was awkward and made “unbelievably dumb” decisions after Ji died, but that he never intended to kill his wife and should not have been charged with murder. Rosenblum filed a motion for a new trial, but Jacobs denied it.

Elledge said he discovered in the days before Ji’s death that she had been exchanging sexually suggestive messages on social media with a man from China. He also testified that the couple’s relationship suffered because of tension caused by her parents, who moved from China to live with them after their daughter was born in October 2018.

But Knight said in an interview with The Associated Press on Friday night that the defense “fabricated” the story that Ji’s death was accidental. Knight said Rosenblum said in a 2020 bond hearing that Ji “took off.”

He said he wasn’t able to question Elledge or Rosenblum about the discrepancy because of attorney-client privilege.

“I wish I would have been successful in convicting him of murder in the first degree,” Knight said. “It didn’t happen. The defense asked for an outright acquittal. We were a lot closer in getting what we wanted than the defense.”

The couple met in 2015 at Nanova, a company that makes dental products, where Ji was Elledge’s supervisor. They began dating the following year and eventually traveled to China, where Elledge asked Ji’s parents for permission to marry her. The couple married in 2017.

Ji earned a master’s degree in mechanical and aerospace engineering from the University of Missouri in December 2014. Elledge was a student at the university when his wife died.

The family’s attorney, Amy Salladay, said in a statement that Ji’s parents, Ke Ren and Xiaolin Ji, are grateful that Jacobs upheld the jurors’ recommended sentence.

“Her husband received one year for every year of her life,” Salladay said. “This doesn’t bring her back, it doesn’t make the nightmare of waking up every day and not being able to talk or see your child go away but it is justice in terms of what the American court system can provide.” 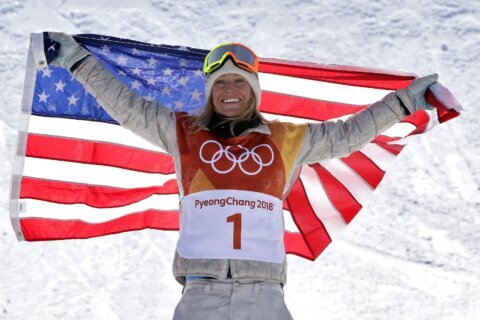