‘Our time now’: 1st Cambodian American mayor in US sworn in

The 49-year-old city councilor in Lowell, Massachusetts, was unanimously picked by his colleagues to assume the body’s top post Monday, in the process also becoming the city’s first Asian American mayor.

“God bless America, right? I was a refugee, now I’m mayor of a major city in Massachusetts,” Chau said hours after he was officially sworn in. “I don’t know if that could happen anywhere else in the world. I’m still trying to absorb it.”

Chau, in his inaugural remarks, reflected on his family’s perilous escape from Cambodia and the deep immigrant roots in Lowell, about about 30 miles (50 kilometers) north of Boston near the New Hampshire line. It was an early center of America’s textile industry, drawing waves of European and Latin American immigrants over generations.

Today, the city of more than 115,000 residents is nearly 25% Asian and home to the nation’s second-largest Cambodian community.

“As a proud Cambodian American, I am standing on the shoulders of many immigrants who came before me to build this city,” Chau said Monday before a crowd that included his wife and two teenage sons.

Chau recounted how his father, a captain in the Cambodian army, was executed by the communist Khmer Rouge in 1975 during civil war.

His mother, who died late last year, managed to keep her seven children alive for four years, surviving “landmines, jungles, hunger, sickness and uncertainty” to deliver them safely to the U.S., he said.

In an interview later, Chau said he was around 9 years old when his family arrived in Pittsburgh with the help of the Catholic Church. They lived for a time in a convent and embraced Christianity.

They made their way to Lowell’s growing Cambodian community in the mid-1980s, where some of his older siblings immediately set to work in local manufacturing operations.

Chau, however, continued his studies and earned a scholarship to Phillips Academy, an elite boarding school in nearby Andover. He went on to Macalester College in St. Paul, Minnesota, where he studied economics and political science, also on a scholarship.

Before running for office, Chau said, he worked mostly in financial services, including running a mortgage lending company in Lowell with his wife. He now works for the Social Security Administration.

Chau’s election follows the ascendance of new Boston Mayor Michelle Wu, whose parents immigrated to the U.S. from Taiwan. She was sworn in last November as Boston’s first woman and first person of color elected to the post.

Chau is also among a growing list of Cambodian American officeholders in Massachusetts that includes two other city councilors, a school committee member and two state lawmakers, all from Lowell, said Vannak Theng, president of the Cambodian Mutual Assistance Association of Greater Lowell.

Chau’s election also comes on the heels of a federal lawsuit that argued Lowell’s election process violated the voting rights of minority residents, who comprise nearly 50% of its population.

A recent settlement in the case led the city to change its electoral system, starting with the 2021 elections. The result was the city’s most diverse class of officeholders, said Oren Sellstrom, litigation director at Lawyers for Civil Rights, a Boston group that brought the 2017 suit.

“Just four years ago, the city’s elected officials were all white and largely unresponsive to the needs of the city’s communities of color,” he said.

Chau’s role as mayor is largely ceremonial. Lowell’s day-to-day operations are handled by a city manager picked by the council, and Chau effectively serves as council president, leading its meetings and also serving as chair of the school committee.

But he believes he can make a difference by ensuring the city workforce, including its police department and school system, better represents its diverse populace.

He also acknowledges his election is significant to the Cambodian diaspora. The community’s political dynamics played a role during the lead-up to Monday’s vote — his primary rival was a fellow Cambodian American councilor.

Chau says he tries to stay out of “old world politics” and intends to focus on the nuts and bolts of governance. But hopes he can inspire the next generation of Cambodian Americans to step up.

“We can no longer be just victims,” Chau said as he closed his inaugural remarks. “It is our time now to be leaders and to succeed.” 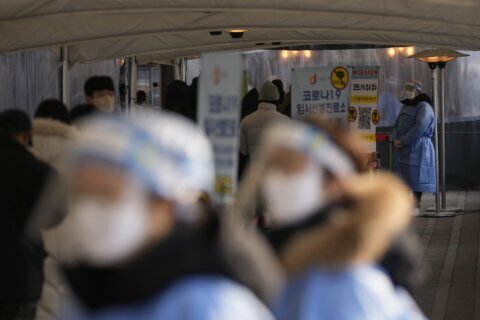 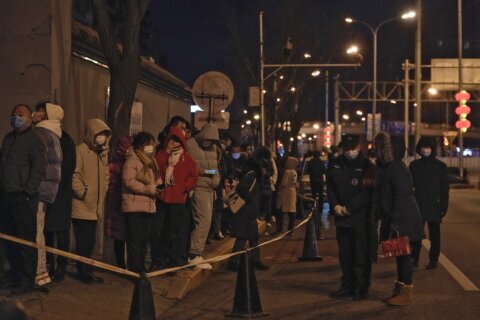