KABUL, Afghanistan (AP) — Women’s rights activists in the Afghan capital of Kabul insisted Sunday they would continue fighting for their right to education, employment and participation in Afghan political and social life, and said a recent Taliban decree banning forced marriage was not enough to address the issue of women’s rights.

The decree, issued Friday, comes as poverty surges in Afghanistan following the Taliban takeover of the country in mid-August amid the withdrawal of U.S. and NATO troops. Foreign governments have halted funds to the aid-dependent country since then.

Social rights activist Farida Akbari said the new Taliban government should permit women access to education and employment. Currently education at the secondary school level and above has been banned, while most women have been banned from working.

Akbari said Friday’s decree on forced marriage would not have any particular benefit to women living in cities, where such practices are rarer.

“It is not acceptable for us to get married, eat and stay at home,” she told reporters. “We want our role in politics, economics, jobs, education and social activities where they can’t limit us.”

Writer and women’s rights activist Huda Khamosh noted women are “a key part of the community” and denying them the right to work and participate in Afghanistan’s political and economic life “is tantamount to a denial of women in society.”

The right of girls and women to education is one which exists in all Islamic countries, said writer and social activist Marzia Darazi.

Friday’s Taliban decree was apparently aimed at addressing criteria the international community considers a precondition to recognizing their government and restoring aid.

According to the decree, “both (women and men) should be equal,” and “no one can force women to marry by coercion or pressure.” It also noted women have the right to inheritance, and a widow can marry the man of her choice 17 weeks after her husband’s death.

Forced marriages have become more frequent in the poor, conservative country, as the internally displaced marry off young daughters in exchange for a bride-price that can be used to pay debts and feed their families.

For decades women in Afghanistan were treated like property — as an exchange token for blood money or ending disputes or tribal feuds. The Taliban now state they are against the practice. 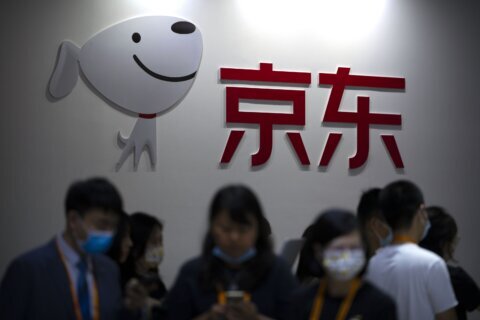 JD, Shopify venture to help US merchants sell in China

Hong Kong to cull 2,000 animals after hamsters get COVID-19