A fire that spread from a fourth-floor mental clinic in an eight-story building in downtown Osaka in western Japan on Friday left 24 dead in what police were treating as a possible case of arson.
Listen now to WTOP News WTOP.com | Alexa | Google Home | WTOP App | 103.5 FM
(1/11) 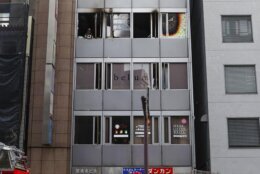 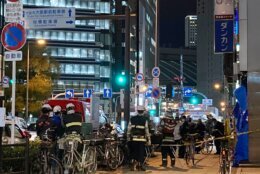 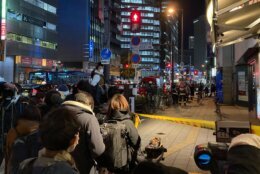 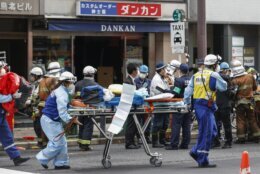 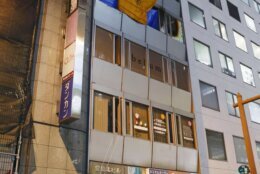 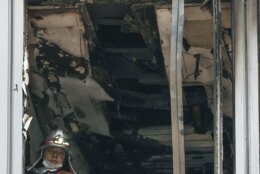 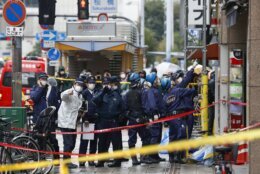 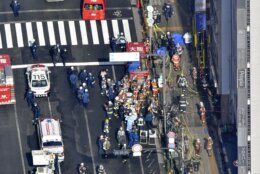 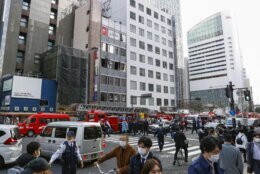 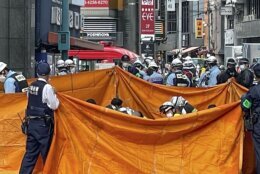 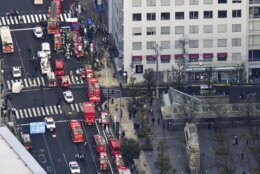 OSAKA, Japan (AP) — A fire that spread from a fourth-floor mental clinic in an eight-story building in downtown Osaka in western Japan on Friday left 24 dead in what police were investigating as a possible case of arson and murder.

Police were searching for a man in his 50s to 60s who witnesses saw carrying a paper bag from which an unidentified liquid was dripping. He may have been among the 24 dead, or is one of the three people who were resuscitated and remain in serious conditions, or may have fled, a police investigator said on condition of anonymity because he wasn’t authorized to speak to the media.

Fire officials who reached the building in the major business, shopping and entertainment area of Kitashinchi in Osaka found 27 people in a state of cardiac arrest, said Osaka fire department official Akira Kishimoto.

One woman was conscious and brought down by an aerial ladder from a window on the sixth floor and was being treated in a hospital, he said. Later Friday, 24 people were pronounced dead, the fire department said.

In Japan, the authorities customarily describe those without vital signs as being in “shinpai teishi,” or a state of cardiac and pulmonary arrest, and do not confirm deaths until they are pronounced at hospitals and other necessary procedures are done.

A doctor at one of the hospitals treating the victims said he believed many of them died after inhaling carbon monoxide as they had limited external injuries. Police said the cause of deaths could not be determined until the bodies were autopsied.

One of clients said the clinic was popular and was always crowded with 15-20 people waiting, especially on Fridays when special counselling and programs were available for those preparing to return to work after taking a sick leave, NHK said.

Authorities are investigating a possibility that the smoke filled the floor so quickly that the victims had no time to escape, Nippon Television said.

Hours later Friday night, crowds were still gathering outside of the building to take a glimpse of the scene where firefighters and police officers were investigating.

“I haven’t heard of the cause but I’m shocked and wondering why someone would do this,” said Yuji Uehara, who works for a finance company. “I also offer my condolences to those who died.”

The building houses the mental and internal medicine clinic, an English language school and other businesses. Most of the victims are believed to be visitors at the clinic on the fourth floor, fire officials said.

Osaka police earlier said they were working to determine whether the fire was caused by arson. They later set up a team at the prefectural police headquarters, a sign they strongly suspect arson and murder.

According to NHK, a female outpatient at the clinic’s reception desk saw the man being sought by police. Another person nearby said the fire started soon after he put the leaky bag next to a stove on the floor and kicked it, with more of the liquid pouring out.

The clinic’s psychiatrist, Kotaro Nishizawa, could not be reached since the fire, NHK said. It quoted his father as saying the doctor hinted at a problem at the clinic but did not elaborate.

People on other floors of the building were safely evacuated, fire officials said.

NHK quoted a witness as saying she heard a woman’s voice coming from the fourth floor calling for help. Another witness told TV Asahi he saw flames and smoke coming out of windows on the fourth floor when he stepped outside after hearing a commotion.

In total, 70 fire engines were mobilized to fight the fire, which was fully extinguished more than six hours later, officials said.

In 2019 at the Kyoto Animation studio, an attacker stormed into the building and set it on fire, killing 36 people and injuring more than 30 others. The incident shocked Japan and drew an outpouring of grief from anime fans worldwide. In 2001, an intentionally set blaze in Tokyo’s Kabukicho entertainment district killed 44 people — the country’s worst known case of arson in modern times. 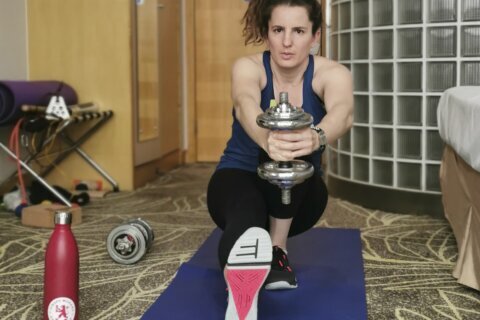