MANILA, Philippines (AP) — Philippine President Rodrigo Duterte on Tuesday withdrew his senatorial candidacy in next year’s elections in his latest change of mind over what he plans to do after his turbulent term ends, when critics say he would likely face an array of lawsuits for an anti-drugs crackdown that has left thousands of mostly petty suspects killed.

Accompanied by his executive secretary and security escorts, the 76-year-old Duterte went to the Commission on Elections in Manila and withdrew as a senatorial candidate. His former aide, Sen. Bong Go, separately appeared at the elections commission earlier Tuesday to withdraw his presidential candidacy, which he said his family opposed.

Duterte did not give any reason for the move but his spokesman, Karlo Nograles, said it would allow the president to better focus on managing the pandemic in the country and ensuring that the May elections would be peaceful and orderly.

Known for his extra tough approach to criminality, Duterte launched a police-enforced campaign against illegal drugs when he took office in June 2016. The crackdown has left more than 6,000 mostly petty suspects dead based on police figures.

Manila-based analyst Richard Heydarian, however, said Duterte’s latest move showed how the president, who faces potential criminal suits after his presidency for his deadly anti-drugs campaign, seemed to have lost his political footing after his plan to ensure a friendly succession next year caved in.

“Duterte is really scrambling for any kind of leverage in next year’s elections,” Heydarian said. “His initial plan to engineer a succession for one of his anointed successors is now totally out of the window.”

Duterte initially wanted his daughter, Mayor Sara Duterte of southern Davao city, to succeed him but she refused to run for the presidency amid unspecified differences with her father. She later decided on her own to run as the vice-presidential running mate of Ferdinand Marcos Jr., the son of the late Philippine dictator.

The president later encouraged Go, his former longtime aide who is now a senator, to run for president. But Go eventually backed out, saying he did not aspire to be president and that his family opposed his presidential candidacy.

Duterte originally considered running for the vice presidency but later dropped the plan, saying he planned to retire when his term ends and added that surveys showed most Filipinos did not support such a move.

Philippine presidents are constitutionally limited to a single, six-year term and Duterte’s initial plan to seek the vice presidency sparked a debate about the legality of such a move, which could have seen him catapulted back to the top position if the next president dies or becomes incapacitated for any reason.

Duterte then filed his candidacy for a Senate seat last month, walking back on his earlier vow to retire from politics after his presidential term ends. Human rights groups said last month that Duterte was somehow bracing to evade accountability for rights abuses while in power by planning to remain in public office.

Deaths linked to Duterte’s anti-drugs campaign has sparked alarm in Washginton, and led to an International Criminal Court investigation. The ICC probe has been temporarily suspended at the request of the Duterte administration.

At least five key candidates are running to succeed Duterte, including Vice President Leni Robredo, who leads the opposition, and Ferdinand Marcos Jr., the son of the late dictator, who was toppled in a 1986 “people power” pro-democracy uprising. Robredo narrowly defeated Marcos Jr. in the 2016 vice presidential race in an outcome that he unsuccessfully challenged. 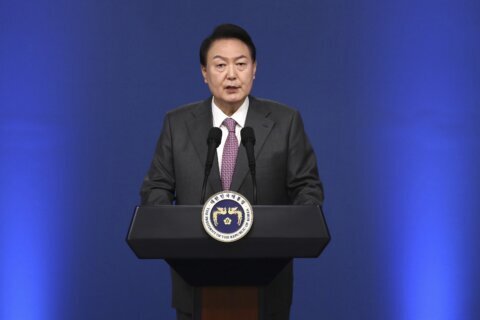 Thailand’s restive south hit by wave of arson and bombings 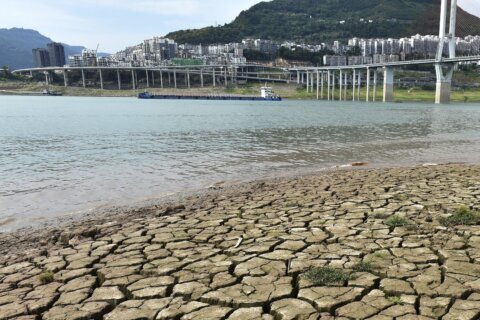