VARANASI, India (AP) — India’s Prime Minister Narendra Modi on Monday took a dip in the sacred Ganges River before a crowd of thousands, as he opened part of a large-scale development project in the holy city of Varanasi, where his ruling party is looking to garner support ahead of key state elections.

The highlight of the opening ceremony was a $45 million corridor meant to facilitate pilgrims’ visits to some of India’s holiest sites. The corridor connects the river where pilgrims bathe, with the centuries-old Vishwanath temple.

“Today history has been created by reviving the socio-cultural history of this ancient city, which is vibrant with Hindu philosophy as enshrined in our religious books,” Modi said at the lavish opening event.

Modi’s Hindu nationalist Bharatiya Janata Party (BJP) has been keen to consolidate its support ahead of next year’s polls in the northern state of Uttar Pradesh, where Varanasi is located. Modi’s far-right party currently holds power in the state — India’s largest with 230 million people — but is under immense pressure over its response to the pandemic and the struggling economy.

Varanasi, the most revered city for Hindus, is also the parliamentary constituency of Modi.

Called the Shri Kashi Vishwanath Dham, the mega-project was first commissioned in 2019 and built to create easy access between the temple and the river – both iconic sites for pilgrims, who often wade into the Ganges before offering the holy water at the temple dedicated to Lord Shiva, the god of destruction. Covering about 500,000 square feet, the project also includes 23 buildings and 27 temples.

On Sunday, the city was decked out ahead of the event with colorful lights adorning roads, buildings and the steps leading into the great river. Big LED screens were also put up in the city center for people to watch the event live.

“I could have stayed back and witnessed the function from home. But then, I would have missed this festivity,” Manoranjan Sinha, a resident of the city said, gesturing to large crowds around him that were shouting religious slogans and hailing Modi.

Politics was also on display as several of the BJP’s senior leaders traveled to the state and offered prayers across various temples.

“The BJP government has fulfilled its promise made to the people as it has restored the pristine glory of the temple. Every Hindu across India must be proud of it,” cheered Yogi Adityanath, chief minister of the state and a Hindu monk.

Authorities demolished nearly 300 commercial and residential buildings to make way for the new promenade. Residents whose homes were knocked down were relocated and compensated, although some said they received less than the promised amount.

The corridor is one among a string of big-ticket religious projects announced by the BJP in recent years, with critics saying they are aimed at pleasing the party’s Hindu base.

Last year, Hindus across India rejoiced when Modi broke ground on a long-awaited temple of their most revered god, Ram, at the site of a demolished sixteenth-century mosque in the northern town of Ayodhya. Modi and his party had long pledged to build a temple to Ram where the Mughal-era mosque once stood, in a long-running controversy. 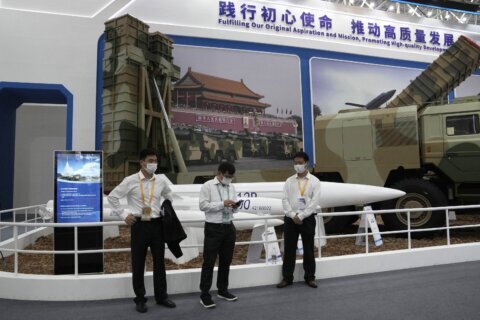