BRUSSELS (AP) — Media freedom continued to be under attack across much of the world in 2021, with nine journalists…
Listen now to WTOP News WTOP.com | Alexa | Google Home | WTOP App | 103.5 FM

BRUSSELS (AP) — Media freedom continued to be under attack across much of the world in 2021, with nine journalists killed in the line of duty in Afghanistan alone and 102 imprisoned in China, according to a new report released Thursday.

The International Federation of Journalists said in a bleak assessment that imprisonments were especially on the rise, with 365 journalists behind bars compared to 235 last year.

“The world needs to wake up to the growing violations of journalists’ rights and media freedoms across the globe,” IFJ General Secretary Anthony Bellanger said. The report was released on the eve of the United Nations’ Human Rights Day.

Apart from China, Turkey had 34 journalists in prison, Belarus and Eritrea 29, Egypt 27 and Vietnam 21.

Bellanger said the attacks on journalists went well beyond the personal losses suffered and affected society as a whole. “They also point to the violation of the people’s fundamental right to access accurate, objective and fair information so that they can make properly informed choices about public affairs.’’

With three weeks left in the year, overall deaths in the line of duty were set to go down this year, with 45 so far, compared to 65 overall last year. With Afghanistan topping the list with nine journalists killed, Mexico came close behind with eight, all of them murders. India had four and Pakistan three.

The Brussels-based IFJ represents 600,000 media professionals from 187 trade unions and associations in more than 140 countries.

The group also highlighted a “rare positive development,” which was the awarding of the Nobel Peace Prize to two journalists. Maria Ressa of the Philippines and Dmitry Muratov of Russia won for their fight for freedom of expression in countries where reporters have faced persistent attacks, harassment and even murder.

Russia still has 12 journalists behind bars, and three reporters were killed in the Philippines. 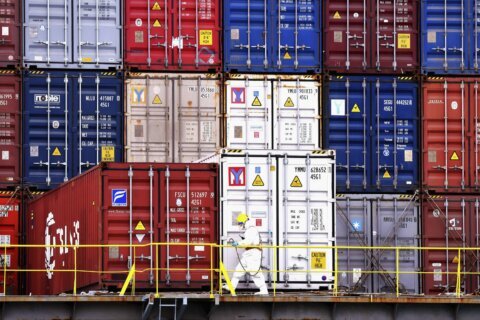