Long-haul flights to Europe, across the Pacific and to Riyadh and Dubai are suspended through Jan. 6, the airline said Thursday. It promised to try to help customers “mitigate the disruption.”

Hong Kong is tightening up virus restrictions after confirming its first cases of community transmission of the omicron variant of the coronavirus on Friday, tied to a Cathay Pacific crew member who had returned from the United States on Christmas Day.

The airline’s workforce is stretched thin after the quarantine for Cathay Pacific flight crews who return from abroad was extended to one week in a hotel room from three days.

Thursday’s announcement gave no details, but The South China Morning Post newspaper said the longer quarantine would leave Cathay without enough pilots for all its flights.

The airline earlier asked staff to volunteer for a “closed-loop system” under which they would work for three-week stints with brief stopovers in Hong Kong, but too few agreed, according to news reports.

Cathay said earlier it would reduce its schedule of passenger flights in the first three months of 2022 due to staff shortages.

The airline came under attack Friday over the first local omicron cases, which sparked fears of a possible outbreak.

The crew member had lunch at a restaurant two days after returning from the U.S., in apparent violation of a three-day self-isolation rule. Two other people eating at the Moon Palace restaurant on Monday were infected: the father of the crew member and a construction worker dining 10 meters (30 feet) away.

City leader Carrie Lam expressed her strong dissatisfaction to both the chairman and the CEO of the city’s flagship airline, Health Secretary Sophia Chan said at a news conference.

Cathay Pacific said in a statement that five crew members had tested positive for omicron recently, and some had not followed regulations. It apologized and said they would be disciplined.

Health officials said there is a high risk of further spread, saying it could lead to what would be a fifth major wave of infections in the city.

Hong Kong has recorded 81 omicron cases. The others were among people who had arrived from overseas. 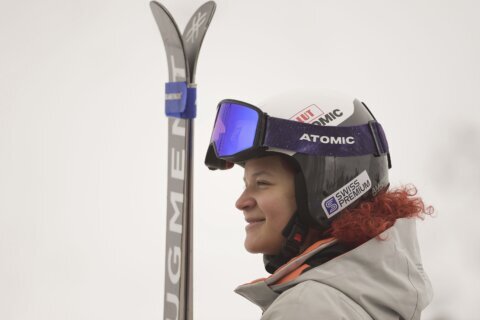 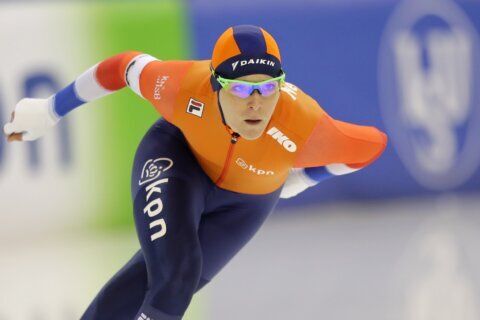