FERGUS FALLS, Minnesota (AP) — The U.S. soldiers called them “Caroline’s guys.” They transformed farms in a war zone – risking their lives for the program she built, sharing her belief that something as simple as apple trees could change the world.

In the process, the 12 agricultural specialists, all traditional Afghan men, formed a deep, unexpected bond with their boss, an American woman who worked as a U.S. Department of Agriculture adviser in the region for two years.

Now Caroline Clarin is trying to save them one by one, doing it all from the 1910 Minnesota farmhouse she shares with her wife, drawing from retirement funds to help a group of men who share her love of farming. She’s driven by fear her team will be killed, though the Taliban have promised not to target Afghans who helped the U.S..

Clarin, 55, has helped get five of her former employees and their families into the U.S. since 2017, while her wife has helped them rebuild their lives in America.

Since U.S. forces withdrew, more than 70,000 Afghans have come to the United States and thousands are languishing at U.S. military bases as resettlement agencies struggle to keep up.

The most recent of Clarin’s friends to escape was Ihsanullah Patan, a horticulturist who waited seven years for a special immigrant visa. After he texted her that two of his close friends had just been killed, Clarin withdrew $6,000 from a retirement fund to get him and his family on a commercial flight to Minnesota before the Taliban took control of the country this summer.

When Clarin picked them up at the airport in Minneapolis at midnight for the three-hour drive back to Fergus Falls, she was consumed with joy.

“It was like my son came home,” she said.

Patan considers Clarin and her wife family. His three sons and daughter call them their “aunties.”

In fact, he’s decided to live in nearby Fergus Falls, a town of 14,000, instead of moving to a larger city with an Afghan transplant community.

Surrounded by farmland stretching to the North Dakota border, the town’s skyline is dominated by grain elevators and the spires of Bethlehem Lutheran Church, a reflection of the region’s Scandinavian roots.

The only other Afghan family in town is his cousin’s. Sami Massoodi, who has a degree in livestock management, also worked for Clarin’s team in Afghanistan and arrived in 2017. He and his family lived on their farm before they got established in Fergus Falls.

“In Fergus Falls, they have really good people, really friendly people,” Patan said as he drives his minivan down the tree-lined streets to pick up his 5-year-old daughter at a Head Start program.

Only months after they arrived, the Patan family already feels at home in large part because of Clarin’s wife, Sheril Raymond.

She helped enroll their kids in school, find a dentist for 9-year-old Sala’s infected tooth, and sign Patan up for car insurance, something that was new for the 35-year-old.

She lined up English classes and state and federal services for new immigrants. Clarin has tracked down a sheep on craigslist for Eid, while Raymond watched YouTube videos on how to slaughter livestock according to halal principles, since the closest halal butcher is an hour away in Fargo, North Dakota.

Patan longs for his homeland, the family festivities. His wife makes their traditional dishes still, like Bolani Afghani, a fried, vegetable-filled flatbread that Clarin enjoyed with him in Afghanistan.

Over there, Patan and her team were the ones helping her feel at home.

It was the longest she and Raymond had been apart since they started dating in 1988. Two years after Clarin returned, they married in August 2013 when same-sex marriage became legal in Minnesota.

Homosexuality is still widely seen as taboo and indecent in Afghanistan, where same-sex relations are illegal. Yet, none of the Afghan families have asked about their marriage or expressed judgment, the couple said.

“We have a lot of respect for them,” Patan said.

Both Clarin and Patan speak passionately about farming, describing in detail how to get a good apple crop and ward off disease.

Patan misses his career back in Afghanistan. Most U.S. employers do not recognize degrees from Afghan universities so he plans to return to school to earn a U.S. degree. For now, he is training to be a commercial truck driver.

He wants a local truck route to stay close to home, but it will still be challenging for his family. His wife, Sediqa, does not speak English, nor does she know how to read or write or drive.

Everything is new for their children, too. Patan’s sons befriended a neighbor boy and jumped for the first time on a trampoline. They look forward to the weekends with their “aunties” at the farm.

Two other Afghan families Clarin helped chose to settle in Austin, Texas, and San Diego, partly because in both places there are mosques, halal butcher shops and established Afghan communities. None of that exists in Fergus Falls.

But Patan knows there are drawbacks to cities, and he hopes more of his former colleagues might choose to stay in Minnesota.

“I hope that one day they can also come here and we will make a big Afghan kind-of-family over here,” he said. “All of them want to come here to Fergus.” 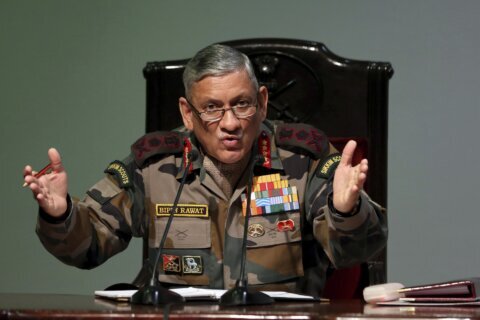 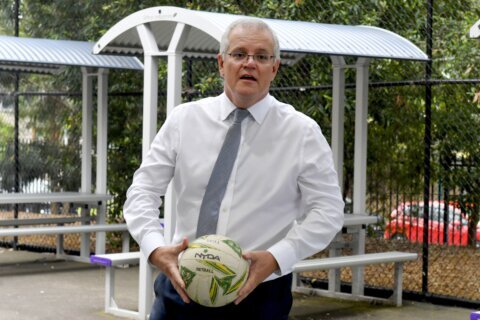 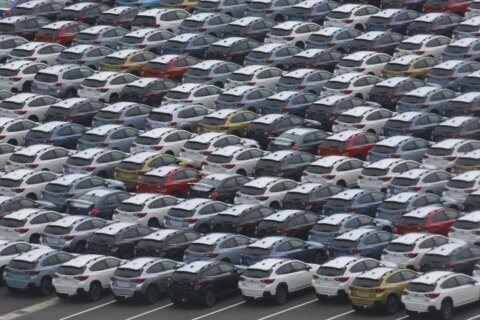