OMAHA, Neb. (AP) — Tabitha Peterson is heading back to the Olympics, and defending curling gold medalist John Shuster is still in the running for a fifth straight trip to the Winter Games.

Team Peterson swept Team Christensen in the best-of-three U.S. curling trials, winning 11-4 on Saturday night to earn the Americans’ spot in the Olympic women’s tournament in Beijing. Peterson will be joined by her sister, Tara Peterson, an Olympic rookie, along wtih 2018 veterans Nina Roth and Becca Hamilton.

Team Shuster, which returned three of the four members of the Pyeongchang champions, beat Team Dropkin 7-3 in Game 2 on Saturday night to force a third game on Sunday. Korey Dropkin’s foursome won the opener 8-4 on Friday night.

It was a familiar position for Shuster, who also lost Game 1 in the 2017 trials before rallying to win two straight and make it to his fourth consecutive Olympic Games. In Korea, Team Shuster fell to 2-4 in pool play before winning five straight elimination games to take the gold medal.

Shuster, who won a bronze medal at the Turin Games in 2006, is teamed with fellow 2018 Olympians Matt Hamilton and John Landsteiner. Chris Plys has joined the team to replace Tyler George, who retired after the Pyeongchang Games.

Team Dropkin also includes two-time Olympian Joe Polo as well as Mark Fenner and Tom Howell. It was the only team to beat Shuster in pool play in Omaha. 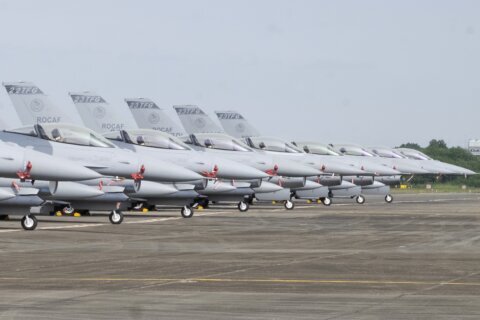