Anticipating the moves, South Korea had already sent fighter jets and other aircraft to the area to prevent accidental clashes, but the Russian and Chinese planes left without breaching South Korea’s territorial airspace, the Joint Chiefs of Staff said.

China later told South Korea through a military communication channel that the flights were part of its routine military exercises with Russia.

“(We) assess the current situation as a joint exercise between China and Russia and additional analysis is needed,” the Joint Chiefs of Staff said in a statement.

The Russian Defense Ministry said in a statement Friday that the Russian military was conducting joint aerial patrols with China.

The ministry said the joint patrol was carried to further develop Russian-Chinese relations, improve coordination between the two armed forces and for “strengthening global strategic stability.”

Chinese and Russian warplanes have often entered South Korea’s air defense identification zones in recent years as they increasingly flex their muscle amid an intensifying competition with the United States.

In 2019, South Korea said its fighter jets fired hundreds of warning shots toward a Russian military plane that it said twice violated its national airspace off its eastern coast. Russia then denied that its aircraft entered South Korea’s territory. 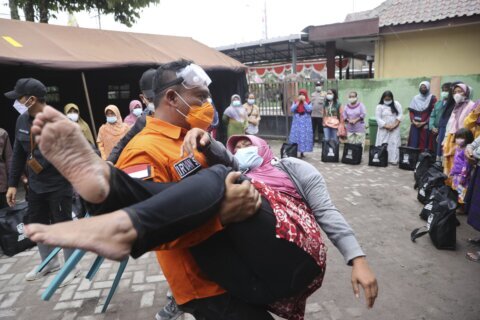