Two-time Olympic gold medalist Mikaela Shiffrin is not able to ski and prepare the way she would like to currently…
Listen now to WTOP News WTOP.com | Alexa | Google Home | WTOP App | 103.5 FM

Two-time Olympic gold medalist Mikaela Shiffrin is not able to ski and prepare the way she would like to currently because of a hurt back that she likened to “a very severe muscle spasm or kind of a strain” in an interview with The Associated Press on Friday.

Speaking via video conference from Edwards, Colorado, the Alpine star said she hasn’t “really been able to do much of any skiing at all” since Oct. 23, when she won the season-opening giant slalom in Sölden, Austria, for her 70th career World Cup victory.

Expected to be one of the main faces of the Beijing Games in February, Shiffrin already owns three medals from past Winter Games, along with three World Cup overall titles. She has the third-most race wins in World Cup history, trailing only Lindsey Vonn and Ingemar Stenmark.

“I just need to let it heal. It doesn’t take that long if I just take the time. But I want to be training right now. So I take a day, and then I’m like, ‘All right, maybe it’s good enough; I can go out and ski.′ And then I go out and ski and I take a few turns, and I’m like, ‘Ow. It’s really painful,’” the 26-year-old American said. “It just takes a little bit to be able to really push on my skis with full-on intensity, which is frustrating, because right now, this is the bulk of time where I would normally be training all four events.”

Her aim is to enter every individual race in Beijing: slalom, giant slalom, downhill, super-G and the combined (which adds times from downhill and slalom).

“It’s a waiting game to be able to get back on snow at full intensity,” Shiffrin said. “Your ability to do that best skiing — you start to lose that ability again, so you have to keep touching on that highest level. And I haven’t been able to since Sölden.”

Shiffrin said this issue is different from the back injury that kept her off the World Cup slopes during last season — although she did say she thinks both are connected, in the sense that she traces any current problems related to her spine back to a fall she took when she was 9.

She will play her upcoming schedule by ear, depending on how her body progresses, but said she she does not anticipate sitting out any World Cup races she planned to run. That includes the circuit’s Nov. 27-28 stop in Killington, Vermont, which Shiffrin said she “cannot imagine skipping” (she went to school at Burke Mountain Academy in that state).

“The only thing really in question for me right now would be Lake Louise, but I really want to get there,” Shiffrin said about the Dec. 3-5 speed events in Canada. “Hopefully over the next 24 hours, it’ll start to feel like I can get out on the hill and get some good training. And once we’re there, then we’re back in business, so it shouldn’t be that big of a deal.”

And then she paused before adding: “Hopefully.” 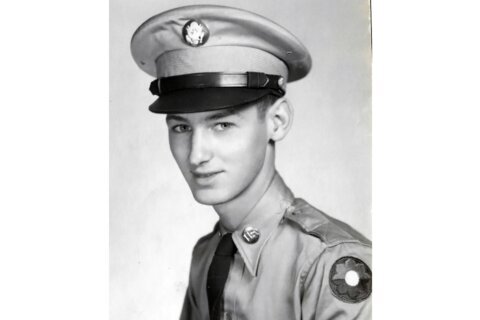