BANGKOK (AP) — Former U.S. Ambassador to the U.N. Bill Richardson, on a humanitarian mission to strife-torn Myanmar, met Tuesday with the head of the Southeast Asian nation’s military-installed government.

Myanmar’s Information Ministry said Richardson held discussions with Senior Gen. Min Aung Hlaing about prevention and control of COVID-19. Also present were the ministers of foreign affairs, health and international cooperation, it said. The meeting was shown on the evening news broadcast of state television MRTV.

Richardson’s mission was announced Sunday by his office, which quoted him as saying he is “visiting the country to discuss pathways for the humanitarian delivery of COVID-19 vaccines, medical supplies, and other public health needs.”

However, his mission has also raised hopes that Richardson will seek the release of U.S. journalist Danny Fenster, who has been jailed in Myanmar for the past five months.

Myanmar’s health care system is largely broken amid widespread resistance to the military’s ouster in February of the elected government of Aung San Suu Kyi. Medical personnel have been at the forefront of the opposition to military rule.

The situation is exacerbated by Myanmar’s poverty and increasingly fierce fighting between the government and pro-democracy insurgents in various parts of the country.

“Governor Richardson believes that, in moments of crisis and instability such as this one, we must ensure that humanitarian aid is delivered to those most in need,” his office said in a statement.

Detained journalist Fenster, who is from the greater Detroit area, is charged with incitement for allegedly spreading false or inflammatory information. The offense is punishable by up to three years in prison.

Fenster, managing editor of the Yangon-based online news magazine Frontier Myanmar, is also charged with association with unlawful associations, which carries a two-to-three year prison term. The U.S. government and media freedom organizations have been pressing for his release, as well as that of other journalists detained since the army’s takeover.

The State Department said Richardson is making the trip on his own but that it hopes he can help convince Myanmar’s leaders to allow the entry of aid for the coronavirus pandemic and other urgent needs. The U.S. government, like other Western nations, has avoided sending officials to Myanmar because it does not want to be seen as recognizing the legitimacy of the military’s seizure of power.

“While this is not an effort sponsored by, or on behalf of, the United States government, we hope his trip contributes to improved humanitarian access,” it said in a statement Monday.

Richardson, who has also served as governor of New Mexico and secretary of energy in the Clinton administration, has a record of acting as a sort of freelance diplomat.

He is best known for traveling to nations with which Washington has poor, if any relations — such as North Korea — to obtain the freedom of detained Americans.

Recently he has been involved in seeking freedom for U.S. citizens detained in Venezuela, another country with which Washington has strained ties.

Richardson has a long history of involvement with Myanmar, starting in 1994 when as a member of Congress he met Suu Kyi at her home, where she had been under house arrest since 1989 under a previous military government.

He last visited Myanmar in 2018 to advise on the crisis involving the country’s Muslim Rohingya minority. More than 700,000 Rohingya fled to refugee camps in Bangladesh after Myanmar’s military in 2017 launched a brutal counterinsurgency campaign in the western state of Rakhine, where most lived.

The crackdown included rapes, killings and the torching of thousands of homes, and was termed ethnic cleansing by global rights groups and the U.N.

Richardson accepted Suu Kyi’s invitation to join an advisory board on the crisis, but then resigned, calling it a “whitewash and a cheerleading operation” for Suu Kyi after an argument with her.

In reaction to this year’s army takeover, he urged the Biden administration and the international community to strongly condemn the “anti-democratic” coup and “impose crushing international sanctions as soon as possible.”

But while calling for Suu Kyi’s safety, he also described her as ” complicit in the atrocities conducted by the Myanmar military against the Rohingya and other ethnic minorities.” 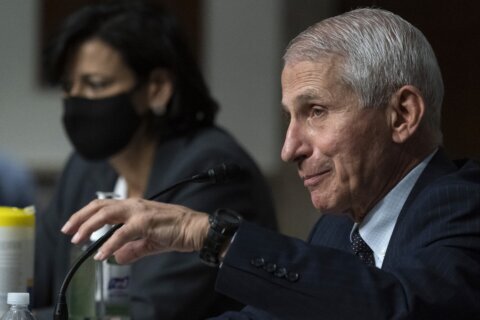