China’s consumer price index, a main measure of inflation, rose 1.5% in October, up from 0.7% the month before, the National Bureau of Statistics reported. The surge to a 13-month high was driven mainly by a jump in prices for food and fuel, it said.

Producer prices, or wholesale prices, climbed 13.5%, adding to worries that price pressures might limit the central bank’s ability to adjust its policies to bolster growth. Hong Kong’s Hang Seng dropped 1.1% to 24,532.66 while the Shanghai Composite index lost 1.2% to 3,464.80.

But the latest numbers were exaggerated by low comparative data from last year and underlying price pressures remain low, Julian Evans-Pritchard of Capital Economics said in a report.

“We continue to think that consumer price inflation will remain below 2% in the coming quarters and that inflation is unlikely to be a major constraint on the PBOC’s ability to loosen monetary policy,” he said.

On Tuesday on Wall Street, stocks ended moderately lower, breaking an eight-day winning streak that had been fueled by strong company earnings and economic data.

The market was pulled lower by companies that rely on consumer spending and technology stocks, which had driven the market higher in recent days.

Tesla lost 12% after its founder Elon Musk said he would sell 10% of his holdings in the electric car maker, based on the results of a poll he conducted on Twitter. The company’s stock is down more than 16% so far this week, however the stock is still up 45% so far this year.

Meanwhile PayPal — a company co-founded by Musk more than two decades earlier — dropped 11% after the company’s cut its full-year outlook and revenue forecasts amid rising competition from other financial technology companies like Square, Affirm and even traditional banks, that have moved decisively into PayPal’s online payments kingdom.

Robinhood fell 3.4% after the popular trading app reported a data breach the day before.

Bank stocks like Citigroup, Bank of America and JPMorgan Chase closed down roughly 1% or more.

General Electric rose 2.6% after announcing it was breaking itself into three separate companies.

The combination of chronic mismanagement, years of asset sales, as well as new regulations after the Great Recession made GE a shell of what it used to be. It no longer makes appliances, no longer owns NBCUniversal and spun off its financing arm, GE Capital, years ago.

Inflation is weighing on U.S. markets as well: the Labor Department reported Tuesday that inflation at the wholesale level rose 8.6% in October from a year earlier, matching September’s record annual gain.

Many industries are facing higher costs for raw materials and energy while contending with supply chain problems. That has been cutting into their operations and prompting them to raise prices on finished goods, which in turn has been making products and services more costly for consumers.

The Labor Department will release its Consumer Price Index for October on Wednesday, giving a more detailed picture on how inflation is impacting consumers.

Benchmark U.S. crude oil gained 14 cents to $84.29 per barrel in electronic trading on the New York Mercantile Exchange. It jumped $2.22 on Tuesday. Brent crude, the basis for international pricing, added 34 cents to $85.12 per barrel. 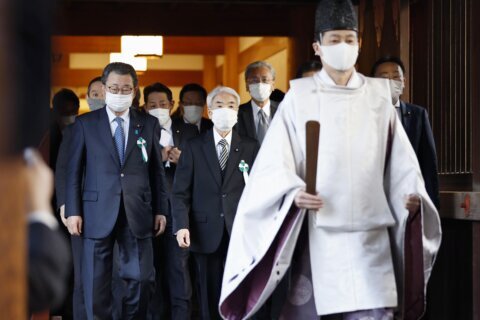 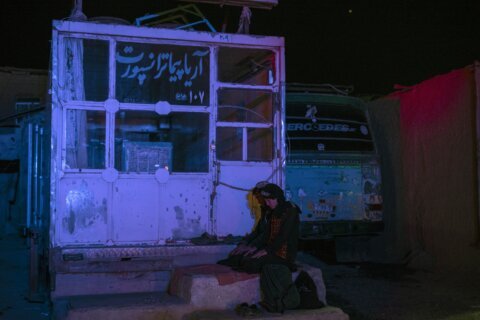