PHNOM PENH, Cambodia (AP) — When Cambodia rolled out COVID-19 vaccines, lines stretched down entire streets and people left their shoes out to save their places as they sheltered from the sun. But three months into its campaign, just 11% of the population had received at least one dose. In far wealthier Japan, it took two weeks longer to reach that level.

Now both countries boast vaccination rates that rank among the world’s best. They are two of several nations in the Asia-Pacific region that got slow starts to their immunization campaigns but have since zoomed past the United States and many nations in Europe.

The countries with high rates include both richer and poorer ones, some with larger populations and some with smaller. But all have experience with infectious diseases, like SARS, and strong vaccine-procurement programs, many of which knew to spread their risk by ordering from multiple manufacturers.

Most started vaccinating relatively late due to complacency amid low infection rates, initial supply issues and other factors. But by the time they did, soaring death tolls in the United States, Britain and India helped persuade even the skeptical to embrace the efforts.

“I did worry, but at the moment we are living under the threat of COVID-19. There is no option but to be vaccinated,” said Rath Sreymom, who rushed to get her daughter, 5-year-old Nuth Nyra, a shot once Cambodia opened its program to her age group this month.

Cambodia was one of the earlier countries in the region to start its vaccination program with a Feb. 10 launch — still two months after the United States and Britain began theirs. As elsewhere in the region, the rollout was slow, and by early May, as the delta variant started to spread rapidly, only 11% of its 16 million people had gotten at least their first shot, according to Our World in Data. That’s about half the rate reached in the United States during the same timeframe and a third of the U.K.’s.

Today Cambodia is 78% fully vaccinated — compared to 58% in the U.S. It is now offering booster shots and looking at extending its program to 3- and 4-year-olds.

From the beginning, it has seen strong demand for the vaccine, with the rollout to the general public in April coinciding with a massive surge of cases in India, from which grim images emerged of pyres of bodies outside overwhelmed crematoria.

Prime Minister Hun Sen leveraged his close ties with Beijing to procure nearly 37 million doses from China, some of which were donated. He declared last week that Cambodia’s “victory of vaccination” could not have happened without them. The country also received large donations from the U.S., Japan, Britain and from the international COVAX program.

Still, it took time to get sufficient supplies, and many countries in the region that started their programs later struggled even more, especially when the region’s major producer, India, suspended vaccine exports during its spring surge.

“Certainly getting the supply in place was really important for the countries that have done particularly well,” said John Fleming, the Asia-Pacific head of health for the Red Cross. “Then there’s the demand creation side — clearly this is about getting a buy-in from the population and also reaching out to marginalized groups.”

Early in the pandemic, many Asian countries imposed strict lockdown and travel rules that kept the virus largely at bay. As vaccines rolled out in force elsewhere, those low rates sometimes worked against them, giving some people the impression that getting the shot wasn’t urgent.

But when the virulent delta variant began ripping through the region, cases rose, encouraging people to sign up.

Some countries, like Malaysia, made extra efforts to ensure that even the hardest-to-reach groups were offered the vaccine. It enlisted the Red Cross’s help to give shots to people living in the country illegally and other groups that may have feared showing up for a government-sponsored vaccination.

“We made the vaccine accessible to all, with no questions asked,” said Professor Sazaly Abu Bakar, director of the Tropical Infectious Diseases and Research Education Center.

As with Cambodia and Japan, Malaysia plodded along in its first three months, giving less than 5% of its 33 million people their first dose in that time, according to Our World in Data.

When cases surged, however, Malaysia bought more doses and established hundreds of vaccination centers, including mega hubs capable of providing up to 10,000 shots a day. The country now has 76% of its population fully vaccinated.

To date, about a dozen countries in the Asia-Pacific region have vaccinated more than 70% of their populations or are on the cusp of doing so, including Australia, China, Japan and Bhutan. In Singapore, 92% are fully vaccinated.

Some countries in Asia, however, have continued to struggle. India celebrated giving its billionth COVID-19 vaccine dose in October, but with a population of nearly 1.4 billion, that translates to a fully vaccinated rate of 29%. Indonesia started earlier than most but has also stumbled, largely due to the challenge of expanding its campaign across the thousands of islands that make up its archipelago.

Japan’s vaccine program was notoriously slow — inching along while the world wondered if it would be able to hold the Summer Olympics. It didn’t start until mid-February because it required additional clinical testing on Japanese people before using the vaccines — a move that was widely criticized as unnecessary. It was also initially hit with supply issues.

But then it turned a corner. Then-Prime Minister Yoshihide Suga brought in military medial staff to operate mass inoculation centers in Tokyo and Osaka and bent laws to allow dentists, paramedics and lab technicians to give shots alongside doctors and nurses.

The number of daily doses given rose to about 1.5 million in July, and the country is now at about 76% fully inoculated. A large part of Japan’s success is due to the public’s response, said Makoto Shimoaraiso, a senior official in charge of the country’s COVID-19 response.

Many in Japan are skeptical in general about vaccines, but after seeing deaths soar around the world, it has not been an issue.

In fact, retiree Kiyoshi Goto is already clamoring for his next shot, as he looks warily at rising case in Europe.

“I want to get a booster shot as our antibody levels are going down,” the 75-year-old said.

In Phnom Penh, Nuth Nyra was just happy to get her first, saying she was afraid of COVID-19 before — but no more.

“I felt a little bit of pain when I got the shot,” the young girl said in a soft voice at a vaccination center on the outskirts of Cambodia’s capital. “But I didn’t cry.” 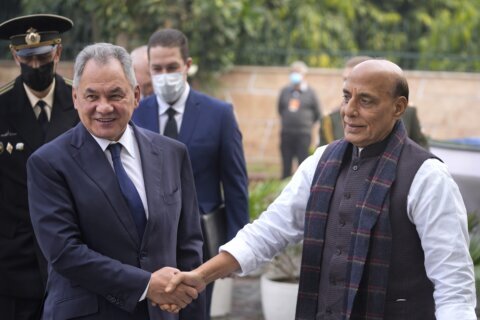 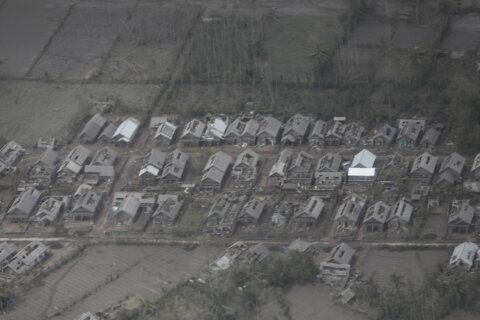 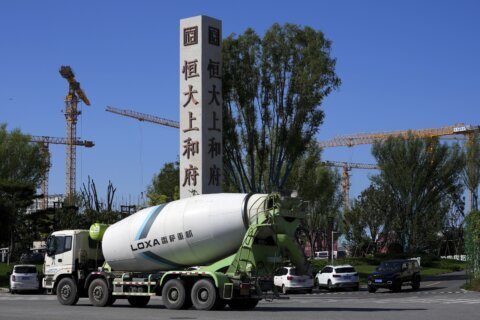