Japan has now lost two of the first three games in Group B to sit six points behind Saudi Arabia and leader Australia, who both have the maximum nine. The top two from both six-team groups qualify for next year’s tournament in Qatar automatically.

Substitute Firas Al-Buraikan scored the winner in the 71st minute in Jeddah after he ran onto a wayward backpass from Gaku Shibasaki to fire a low shot past Shuichi Gonda in front of 45,000 fans at King Abdullah Sports City Stadium.

Australia defeated Oman 3-1 in Doha to stay on top of the group on goal difference and record an 11th successive qualifying victory, which Football Australia says is a FIFA record for a single qualifying series.

Football Australia said the win moved Australia past Germany, Spain, and Mexico, which each won 10 consecutive matches on their way to qualifying for Russia 2018, South Africa 2010, and Germany 2006, respectively.

Australia’s string of wins dates to September 2019 when the Socceroos’ quest to qualify for Qatar 2022 started in Kuwait City. En route to securing the global record, the Socceroos have kept eight clean sheets, outscoring their opponents 35 goals to three.

Due to scheduling, combined with the global impacts of the COVID-19 pandemic, all except one of Australia’s matches throughout the period have been played on foreign soil. The Socceroos’ sole match in Australia throughout qualification for Qatar 2022 came in October 2019 against Nepal in Canberra, a 5-0 win for the home side.

“It’s something we’ll probably reflect on in the future and what a great feat it has been, especially playing 10 out of 11 games away from home, but to me it’s all about going to Japan and getting ready for Japan in Japan and making it 12 (wins),” Australia coach Graham Arnold said.

Australia next plays Japan on Tuesday at Saitama near Tokyo.

Awer Mabil’s ninth-minute opener was canceled by Mandhar Al-Alawi just before the half hour. Martin Boyle restored Australia’s lead early in the second half and Mitchell Duke added a late third goal to keep the Socceroos on course for a fifth successive World Cup.

China kept its faint hopes alive with a 3-2 win over Vietnam. Both teams had lost its first two games but Wu Lei scored his second deep into injury time after Vietnam had come back from two goals down to level the score.

Son Heung-min’s late goal gave South Korea a 2-1 win over Syria to keep his team unbeaten. Son scored from close range with one minute remaining to put South Korea on top of Group A after three games.

It looked to be a frustrating evening for the Koreans, who dominated.

After a wasteful first half in which forward Hwang Hee-chan missed three good chances, they finally took the lead soon after the break.

Hwang In-beom twisted and turned outside the area and unleashed a fierce shot into the bottom corner of the Syria goal.

South Korea failed in its attempts to kill the game and, with six minutes remaining, Omar Khribin leveled with a volley. Syria, seeking a first World Cup appearance, has only a point from three games. 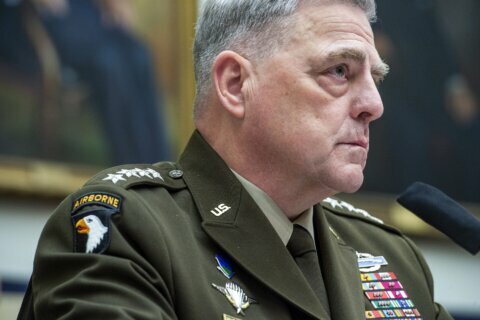 Stocks wobble on Wall Street, easing back from record highs 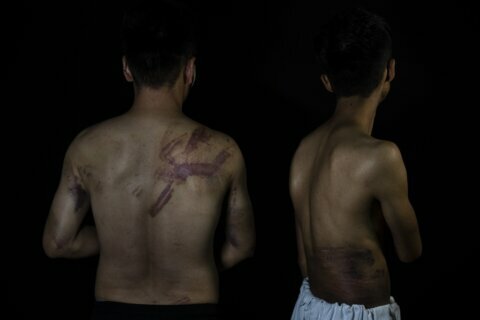