Dozens of relatives and dignitaries gathered in South Korea’s capital on Saturday to pay their final respects to former President Roh Tae-woo, a key participant in a 1979 military coup who later won a landmark democratic election before his political career ended with imprisonment for corruption and treason.
Listen now to WTOP News WTOP.com | Alexa | Google Home | WTOP App | 103.5 FM

SEOUL, South Korea (AP) — Dozens of relatives and dignitaries gathered in South Korea’s capital on Saturday to pay their final respects to former President Roh Tae-woo, a key participant in a 1979 military coup who later won a landmark democratic election before his political career ended with imprisonment for corruption and treason.

Pandemic restrictions limited the size of funeral services for Roh, who died Tuesday at the age of 88 from complications from various illnesses. Doctors said his condition worsened in recent years because of a degenerative disorder.

President Moon Jae-in’s decision to hold a state funeral for Roh was controversial because of his links to the coup and a bloody suppression of pro-democracy protesters in the southern city of Gwangju in 1980 that killed around 200 people and injured hundreds of others.

Gwangju and several other cities and provincial governments refused to raise flags half-mast or set up memorial altars for Roh in accordance with state funeral procedures.

Moon, who did not visit Roh’s memorial altar at a Seoul hospital before leaving for Rome on Thursday for meetings with Pope Francis and Group of 20 leaders, said through his office that Roh made “significant contributions to national development despite many historical wrongdoings.”

On the final day of a five-day funeral procession, honor guards wrapped Roh’s coffin with the national flag and placed it into the back of a limousine. The vehicle then rolled out of the hospital and followed a black convertible topped with a huge portrait of Roh in a motorcade that drove toward his house in northern Seoul.

Family members quietly toured the house, led by a grandson who carried a smaller portrait of Roh. Then they headed toward southern Seoul for a funeral service at a square at Olympic Park, a venue built for the 1988 Seoul Olympic Games held during the first year of Roh’s presidency.

Prime Minister Kim Boo-kyum, Seoul’s No. 2, said in a speech that Roh will be remembered for his many accomplishments as president, including the successful hosting of the Olympics, expanding relations with communist nations and easing tensions with North Korea.

Kim also regretted that Roh never apologized in person over the coup and military atrocities, although his children conveyed his remorse while his health deteriorated in recent years.

“It’s undisputable truth President Roh Tae-woo has an immense fault that cannot be erased,” said Kim. “Attending the funeral service today, we realize that nobody is free from the (judgement) of history.”

Roh’s criminal convictions legally prevent him from being buried with other former leaders and national heroes at the country’s national cemetery. His cremated remains will be kept at a Buddhist temple in Paju, north of Seoul, until his tomb is ready at nearby Paju Reunification Park, which was built during his presidency in 1989 as a symbol of peace between the two Koreas.

Gwangju Mayor Lee Yong-sup, a member of Moon’s liberal Democratic Party, said the city couldn’t honor Roh when he was a core member of dictator Chun Doo-hwan’s military junta that massacred its citizens.

“He was the president of our country, and while it’s our traditional sentiment to mourn a person who died, Gwangju cannot do that (for Roh),” Lee said Wednesday.

He was a major player in a December 1979 military coup that brought his longtime army friend Chun to power. Their takeover came months after their mentor, dictator Park Chung-hee, was assassinated by his spy chief following 18 years of rule.

Roh had been Chun’s hand-picked successor, but massive pro-democracy protests in 1987 forced them to accept a direct presidential election, which initiated South Korea’s transition toward democracy.

Despite his military background, Roh crafted a softer image during the presidential campaign, calling himself an “average person.” He won a closely contested vote in December 1987, largely thanks to a split in liberal votes between opposition candidates Kim Young-sam and Kim Dae-jung, who both later became presidents.

During his five-year term, Roh actively pursued diplomacy with communist nations following the fall of the Berlin Wall, establishing relations with the Soviet Union and China in the early 1990s.

He also took steps to improve relations with North Korea, which led to the Koreas jointly issuing a statement vowing a nuclear-free Korean Peninsula and joining the U.N. at the same time in 1991.

His government was also credited for successfully hosting the 1988 Seoul Olympics, which were seen as South Korea’s coming-out party to the world following its rapid rebuild from the destructions of the 1950-53 Korean War.

After his successor, Kim Young-sam, investigated the coup and the crackdown in Gwangju, Roh was arrested, convicted of mutiny, treason and corruption and received a prison term of 22 and a half years. Chun was sentenced to death.

The Supreme Court later reduced those sentences to life imprisonment for Chun and 17 years for Roh. After spending about two years in prison, Roh and Chun were released in late 1997 under a special pardon requested by then President-elect Kim Dae-jung, who sought national reconciliation.

Roh had stayed mostly out of the public eye following his release from prison. Last April, his daughter, Roh So-young, wrote on Facebook that her father had been bed-bound over the past 10 years without being able to speak or move his body. 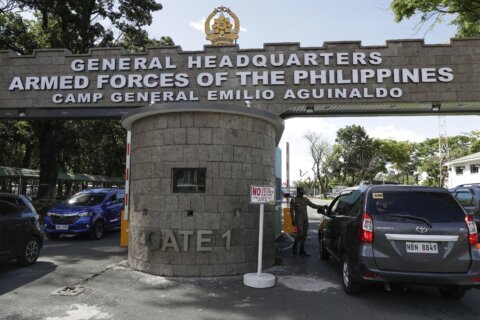 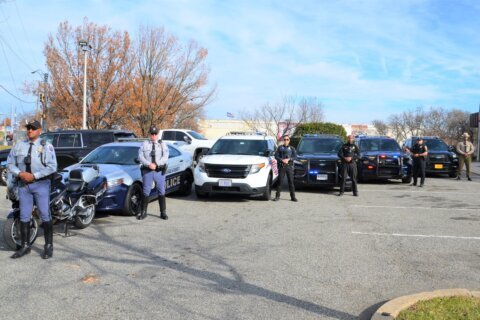