PESHAWAR, Pakistan (AP) — Pakistan’s foreign minister on Thursday said his country will keep its border with Afghanistan open around the clock to support bilateral trade and the new Taliban-led government.

Foreign Minister Shah Mahmood Qureshi made the announcement after returning from a daylong visit to Afghanistan’s capital, Kabul, where he met with Taliban leaders.

Qureshi said Pakistan will provide humanitarian aid worth 5 billion rupees (about $280 million) to Afghanistan. He said Pakistan will also try to resume flights with Kabul, which were suspended this month. He announced several other measures to facilitate the movement of Afghans at two key border crossings.

He spoke a few hours after Pakistani counter-terrorism forces killed three Afghan militants who belonged to the Islamic State group during a raid on a hideout near the country’s border with Afghanistan.

The gun battle was the latest episode of violence in Pakistan involving extremist groups that appear to have been emboldened by the return to power of the Taliban in Afghanistan.

The dawn raid was carried out in Peshawar, capital of the northwestern Khyber Pakhtunkhwa province, said Javed Khan, an officer with the provincial Counter-Terrorism Department. The branch is a special police unit that fights local and foreign militant groups.

Khan said the slain militants were Afghans, and that the raid foiled a possible terrorist attack. Two other fighters managed to flee, he said, giving no further details.

Pakistan has witnessed scores of terrorist attacks in recent years, most of which were claimed by the Pakistani Taliban and the Islamic State group. Both organizations have been emboldened by Taliban resurgence in Afghanistan, where Pakistani militants are still believed to be hiding. 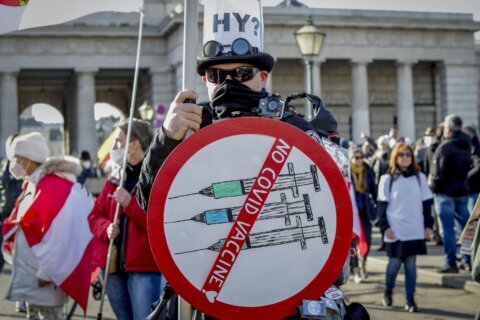