TOKYO (AP) — Mongolia-born Hakuho was famous for his diligent training that led him to be the sumo grand champion — or Yokozuna — with victories in a record 45 tournaments. He achieved 1,187 wins, an all-time record in sumo.

But at 36 he has announced his retirement after a right knee injury.

He had two operations on his knee and competed in only one tournament this year. That was in July and he says, despite winning the tournament, he knew the injury would not let him to continue.

“I had my knee operation, contracted the coronavirus, then had another knee operation in March,” he said Friday, speaking in Japanese at a farewell news conference.

He said his knee “was not working well” during his final tournament. He told the news conference that he will now work training younger wrestlers.

Born Munkhbat Davaajargal in 1985, he is the son of a silver-medal winner for Mongolia in freestyle wrestling at the 1968 Olympics in Mexico City.

Hakuho came to Japan at the age of 15 to start his sumo career. He debuted in 2001 and won his first title in the makuuchi top division five years later before reaching the highest rank of Yokozuna in 2007.

When he was asked about how his so-called training master Miyagino took care of him, Hakuho, who has Japanese citizenship, became teary-eyed.

“Thanks to my master Miyagino, I’m here today,” he said. “I want to express my heartfelt appreciation.”

He said Miyagino was kind to young wrestlers and taught him everything.

“I trained hard only because I wanted to be praised by him, and only because of that I could become a full-fledged wrestler and Yokozuna,” Hakuho said.

“When I entered sumo, I wanted to be a Yokozuna someday but I wasn’t aiming to set a record of 45 victories,” he said. “I’ve reached here as a result of achieving one step at a time.” 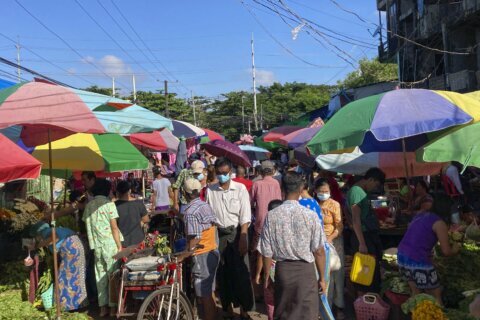