Coronavirus News: Fairfax Co. votes to increase substitute teacher pay | Is it time to get a COVID-19 booster? Which one? | Local cases of COVID-19 | How many in DC region are vaccinated?
Home » Asia News » Microsoft shutting down LinkedIn…

Microsoft shutting down LinkedIn app in China amid scrutiny

Microsoft is shutting down its main LinkedIn service in China later this year as Beijing tightens its internet rules.

The company said in a blog post Thursday it has faced a “significantly more challenging operating environment and greater compliance requirements in China.”

Microsoft is the latest American tech giant to lessen its ties to the country after years of trying to tailor its services to the demands of government censors.

LinkedIn said it will replace its localized platform in China with a new app called InJobs that has some of LinkedIn’s career-networking features but will not include a social feed or the ability to share posts or articles.

Chinese regulators have been escalating a broad crackdown on the internet sector, seeking to exercise greater control over the algorithms used by tech firms to personalize and recommend content. They have also strengthened data privacy restrictions and expanded control over the flow of information and public opinion.

LinkedIn in March said it would pause new member sign-ups on LinkedIn China because of unspecified regulatory issues. China’s internet watchdog in May said it had found LinkedIn as well as Microsoft’s Bing search engine and about 100 other apps were engaged in improper collection and use of data and ordered them to fix the problem.

Several scholars this summer reported getting warning letters from LinkedIn that they were sharing “prohibited content” that would not be made viewable in China but could still be seen by LinkedIn users elsewhere.

Tony Lee, a scholar at Berlin’s Free University, told The Associated Press in June that LinkedIn didn’t tell him which content was prohibited but said it was tied to the section of his profile where he listed his publications. Among his listed articles was one about the 1989 crackdown on pro-democracy protesters in Beijing’s Tiananmen Square and another comparing Chinese leader Xi Jinping with former leader Mao Zedong.

Lee said Thursday it is “wishful thinking for LinkedIn to maintain its presence in a different form” without social media elements, its distinctive selling point against other online job boards. He said LinkedIn is better off pulling out of the country entirely than “practicing censorship dictated by China” that damages the company’s worldwide credibility.

It’s been more than seven years since LinkedIn launched a site in simplified Chinese, the written characters used on the mainland, to expand its reach in the country. It said at the time of the launch in early 2014 that expanding in China raised “difficult questions” because it required censoring content, but that it would be clear about how it conducts business in China and undertake “extensive measures” to protect members’ rights and data.

Microsoft, which is based in Redmond, Washington, bought LinkedIn in 2016. LinkedIn doesn’t disclose how much of its revenue comes from China, but it reports having more than 54 million members in mainland China, its third-largest user base after the U.S. and India.

“LinkedIn once served a crucial role, as the only social media network on which Chinese and Western colleagues could communicate away from (Chinese Communist Party) censorship and prying eyes,” said Eyck Freymann, another scholar who received a censorship notice letter this year, in a text message Thursday.

Freymann, a doctoral student in China studies at Oxford University, said it is “shameful that Microsoft spent months censoring its own users — and, worse, pressuring them to self-censor” but that the company ultimately made the right choice to pull the plug.

Google pulled its search engine out of mainland China in 2010 after the government began censoring search results and videos on YouTube. It later considered starting a censored Chinese search engine nicknamed Project Dragonfly but dropped the idea following internal protest in 2018.

Microsoft’s own search engine, Bing, was temporarily blocked in China in early 2019, leading the company’s president, Brad Smith, to reveal that executives sometimes have difficult negotiations with the Chinese government over censorship and other demands.

“We understand we don’t have the same legal freedom that we do in other countries, but at the same time, we stick to our guns,” Smith told Fox Business News in January 2019. “There are certain principles that we think it’s important to stand up for, and we’ll go at times into the negotiating room and the negotiations are sometimes pretty darn direct.”

Adding to the sensitivities this year was a massive hack of Microsoft’s Exchange email server software that U.S. officials have blamed on criminal hackers associated with the Chinese government. 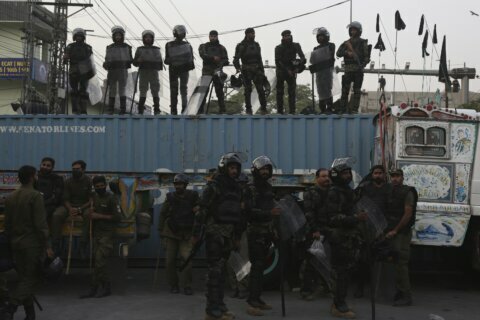 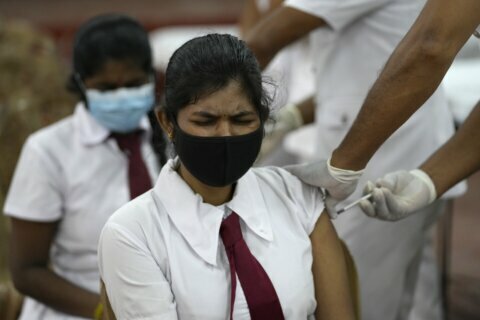