HONG KONG (AP) — The president of Hong Kong’s legislature said Thursday it has become more efficient with no opposition members, after all pro-democracy lawmakers resigned late last year to protest the ouster of four colleagues for not demonstrating sufficient loyalty to Beijing.

Hong Kong authorities have cracked down on political dissent in the past year, arresting over 120 people including several of the former opposition lawmakers under a sweeping National Security Law imposed by Beijing after months of anti-government protests.

The bills passed this year include a film censorship law that allows authorities to ban films that are deemed to endanger national security.

“After the pan-dems left the Legislative Council chamber, things got smoother because there were no members trying to filibuster any proceedings,” Leung told reporters.

He said processing bills has become more efficient because lawmakers can focus on how they affect the livelihoods of people without them becoming politicized.

Most prominent pro-democracy activists are currently behind bars for taking part in unauthorized protests. Some former opposition lawmakers, such as former Democratic Party chairman Wu Chi-wai and Claudia Mo, are currently in custody on subversion charges.

Critics say freedoms promised to the former British colony when it was handed over to China in 1997 are being eroded under the security law, which outlaws subversion, secession, terrorism and foreign collusion in the intervention of the city’s affairs.

The city’s electoral laws have also been amended to ensure that only “patriots” run Hong Kong. Legislative elections will be held Dec. 19, with the new legislature expanding to 90 lawmakers from the previous 70. Nearly half of the lawmakers in the expanded legislature will be appointed by a pro-Beijing election committee, with the number of directly elected seats reduced to 20 from the previous 35.

Leung said many lawmakers next year will be new and face a learning curve.

“But I think the good thing is that when all the members are working with Hong Kong citizens in mind and without any other highly political motivated motives … things will be better next year,” Leung said. 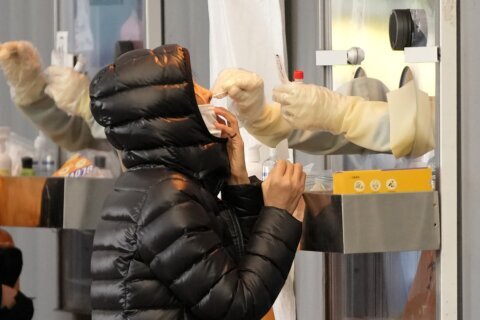