SEOUL, South Korea (AP) — Former South Korean President Roh Tae-woo, a major player in a 1979 coup who later became president in a landmark democratic election before ending his tumultuous political career in prison, died in hospital on Tuesday in the capital of Seoul. He was 88.

Roh, who ruled South Korea as president from 1988-1993, died of complications from various illnesses after his condition worsened while dealing with a degenerative disorder, Kim Yon-su, head of Seoul National University Hospital, told a news conference.

Roh was a key participant in the December 1979 military coup that made his army friend and coup leader Chun Doo-hwan president after their mentor, dictator Park Chung-hee, was assassinated following 18 years of rule.

Roh led his army division into Seoul and joined other military leaders for operations to seize the capital. In the following year, the military under Chun and other coup leaders launched a bloody crackdown on pro-democracy protesters in the southern city of Gwangju, killing about 200 people, in one of the darkest moments in South Korea’s turbulent modern history.

Roh was Chun’s hand-picked successor, which would have assured him the presidency in an easy indirect election. But a massive pro-democracy uprising in 1987 forced Roh and Chun to accept a direct presidential election that was regarded as the start of South Korea’s transition to democracy.

Despite his military background, Roh built a moderate and genial image during the campaign, calling himself an “average person.” He eventually won the hotly contested election in December 1987, largely thanks to a split in liberal votes between opposition candidates Kim Young-sam and Kim Dae-jung, who both later became presidents.

During his five-year term, Roh aggressively pursued ties with communist nations under his “Northward Diplomacy” as communism fell in Eastern Europe and the Soviet Union dissolved.

South Korea was then deeply anti-communist because of its rivalry with North Korea, but under Roh it opened diplomatic relations with a communist nation for the first time — Hungary in 1989, the year when the Berlin Wall fell and communism crumbled across Eastern Europe.

Roh’s government established relations with the Soviet Union in 1990 and with China in 1992. Relations with North Korea improved under Roh, with the two sides holding their first-ever prime ministers’ talks, adopting a landmark joint statement on denuclearization of the Korean Peninsula and joining the United Nations at the same time.

Earlier, Roh oversaw the hosting of the 1988 Summer Games in Seoul, the final Olympics of the Cold War era that showed how South Korea had rebuilt itself from the ashes of the 1950-53 Korean War. North Korea boycotted the 1988 games.

Ties between the two Koreas have since suffered ups and downs. Despite numerous denuclearization pledges — including one made during Roh’s presidency — North Korea still maintains its nuclear weapons program which it views as a means of survival.

On domestic politics, Roh was seen by many as lacking charismatic and aggressive leadership. His nickname, “Mul (Water) Tae-woo,” implied his administration had no color and no taste. He still brought more openness by allowing more political criticism, in contrast with his authoritarian predecessors, Park and Chun. The governments led by Park and Chun often used security laws to suppress political opponents and restrict speech under the pretext of guarding against civil disorder and North Korean threats.

After his successor, Kim Young-sam, investigated the coup and military-led crackdown, Roh was arrested, convicted of mutiny, treason and corruption and received a 22-year and six-month prison term. Chun was sentenced to death.

The Supreme Court reduced those sentences to life imprisonment for Chun and 17 years for Roh. After spending about two years in prison, both Roh and Chun were released in late 1997 under a special pardon requested by then President-elect Kim Dae-jung, who sought national reconciliation amid an Asian financial crisis.

Roh had stayed mostly out of the public eye following his release from prison, refraining from political activities and speeches. In recent years, he suffered prostate cancer, asthma, cerebellar atrophy and other health problems.

Last April, his daughter, Roh So-young, wrote on Facebook that her father had been bed-bound over the past 10 years without being able to speak or move his body. She said her father sometimes made eye gestures for communications but looked to “have a tearful face” when he failed to express his feelings and thoughts properly.

Roh’s son, Roh Jae-heon, repeatedly offered an apology over the 1980 crackdowns and visited a Gwangju cemetery to pay respects to the victims buried there on behalf of his bed-ridden father.

But unlike Roh’s family, Chun, who reportedly suffers Alzheimer’s disease and a blood cancer, has yet to apologize over the crackdowns.

Last August, Chun appeared at a Gwangju court to defend himself against charges that he defamed a now-deceased Catholic priest who had testified to seeing Chun’s troops shooting at protesters from helicopters in Gwangju. Chun left the court after 20 minutes, complaining of breathing problems. In his memoir, Chun called the priest “a shameless liar.”

Both Roh and Chun were earlier ordered by a court to pay back hundreds of millions of dollars they collected illegally. Roh has paid back his shares but Chun hasn’t done so, according to South Korean media reports.

Roh is survived by his wife and their two children. 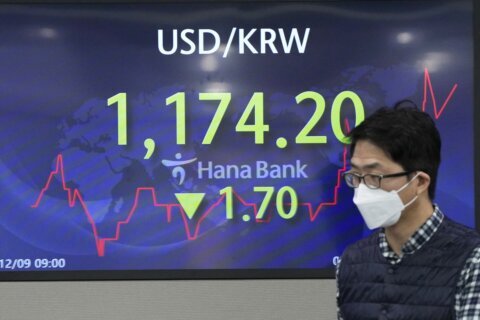 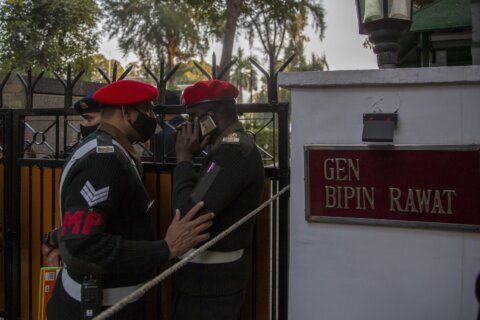