BEIJING (AP) — China’s central bank said Friday that financial risks from China Evergrande Group’s debt problems are “controllable” and unlikely to spill over, amid growing investor concerns that the crisis could ripple through other developers.

Evergrande is the world’s most indebted developer, with over $300 billion in liabilities. The company missed a third round of interest payments on its offshore bonds this week, spooking investors globally and sparking concern that other companies in the sector may also default on payments.

“Overall, the risk of the spillover to the financial industry is controllable,” he added.

Evergrande came under pressure after China’s ruling Communist Party ordered property developers to reduce their debt levels. The authorities are trying to direct the industry toward a more sustainable pace of development after many years of stimulus-fueled growth.

Zou said Evergrande was “poorly managed” in recent years and “failed to operate cautiously” according to changing market conditions. Instead, the company had blindly diversified and expanded, which affected its operations and finances.

“The real estate industry is generally healthy,” Zou said, pointing out that most real estate companies are operating in a stable manner with health financial indicators.

Zou’s comments broke the Chinese government’s silence on Evergrande, whose stock price has plunged since its cash crunch came to light, and the company halted trading of its stock earlier this month pending a “major transaction.” So far, details of that possible deal have not been announced.

The official said that relevant authorities and local governments were urging Evergrande to increase its asset disposal and speed up restoration of its construction projects to safeguard the interests of consumers, and that the financial department would provide financial support for the resumption of projects.

Earlier this month, Shenzhen-headquartered real-estate developer Fantasia Holdings Group missed payments on a $206 million bond. Another Chinese developer, Sinic Holdings Group, said in a filing to the Hong Kong stock exchange that it is likely to default on a $250 million bond due later this week as it lacked the financial resources to do so. 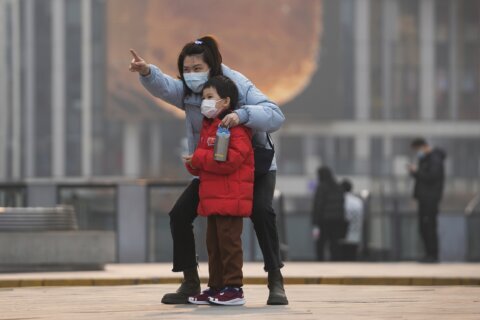