Typhoon Conson carried sustained winds of 120 kilometers (74 miles) per hour with gusts of up to 150 kph (93 mph), first making landfall at the coastal town of Hernani in Eastern Samar province before hitting nearby Samar province, the state weather service said.

“We only have minor damage here, thank God,” Eastern Samar Gov. Ben Evardone said in a text message. He said work had been suspended in government offices.

The weather bureau said late Tuesday afternoon that Coson had weakened into a severe tropical storm as it moved west-northwestward over the Sibuyan Sea. Its sustained winds declined to 100 kilometers (62 miles) per hour, it said.

The weather bureau warned of destructive winds and heavy rainfall within 18 hours in portions of seven provinces including Quezon, Masbate, Albay and Samar.

The Manila metro region was under a level 1 warning, which means strong winds were expected within the next 36 hours.

About 20 typhoons and storms batter the Philippines each year, aside from seasonal monsoon rains. The country also lies in the so-called Pacific “Ring of Fire,” a region prone to earthquakes and volcanic eruptions, making it one of the world’s most disaster-prone nations. 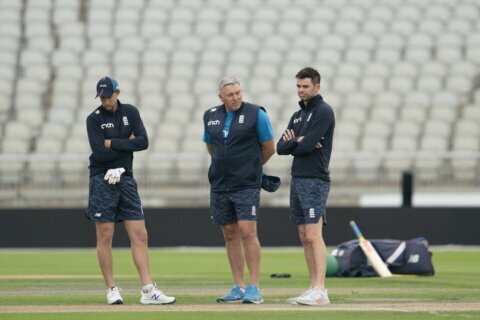