TOKYO (AP) — Official election campaigning started Friday for the next head of Japan’s governing Liberal Democratic Party. The winner will almost certainly become leader of the world’s No. 3 economy, shaping key political, military and security roles in the region.

Two men and, unusually for Japan, two women are competing in the Sept. 29 vote to replace outgoing Prime Minister Yoshihide Suga. Their policies focus on anti-coronavirus measures, an economy hobbled by the pandemic and how to deal with, from Tokyo’s perspective, China’s increasingly menacing role in regional affairs.

The Associated Press explains who these politicians are, their policies and the importance of the election for both Japan and Asia.

— TARO KONO: Considered something of a maverick in Japan’s largely conservative political culture, he is the minister in charge of vaccinations and a front runner in the election. Kono, 58, is a fluent English speaker who graduated from Georgetown University. He is an avid Twitter user, with many young fans, a rarity in a Japanese political world dominated by elderly men. A liberal on social issues, Kono supports same sex marriage and advancing the role of women. Having served as foreign and defense minister, Kono says he will work with countries that share democratic values to counter China’s growing assertiveness in regional seas. He stressed his achievements in speeding up Japan’s delayed vaccinations, portraying himself as a leader who gets things done by tearing down bureaucratic barriers if necessary. Suga announced his support for Kono, praising his achievement in speeding up vaccinations. He is backed by other popular reformists and is seen as a rival to supporters of former arch-conservative Prime Minister Shinzo Abe.

FUMIO KISHIDA: The 64-year old former foreign minister was once seen as an indecisive moderate. Of late, however, he has shifted to a security and diplomatic hawk as he seeks support from influential conservatives like Abe. Kishida calls for a further increase of Japan’s defense capability and budget and vows to stand up to China in tensions in the Taiwan Strait and Beijing’s crackdown on dissent in Hong Kong. On the economy, Kishida calls for a “new capitalism” of growth and distribution to narrow income gaps between the rich and the poor that have been worsened by the pandemic. He pledges to promote clean energy technology to turn climate change measures into growth and proposes a hefty economic recovery package.

SEIKO NODA: A longtime hopeful to become Japan’s first female leader, she is entering the race for the first time at age 61. She has served as postal, internal affairs and gender equality ministers. Noda, who has long sought to address the country’s declining birth rates, had her first child at age 50 after fertility treatment. Japan’s rapidly shrinking population is a serious national security risk because Japan won’t have enough troops or police in coming decades, she said. She supports same-sex marriage and acceptance of sexual diversity, as well as a legal change to allow separate surnames for married couples, and has campaigned for a quota system to increase the number of female lawmakers. Noda, a late entry in the race, said she is running for the weak and “to achieve diversity” — a goal that other candidates did not highlight.

SANAE TAKAICHI: An ultra-conservative former internal affairs minister, Takaichi, 60, shares Abe’s revisionist views on Japan’s wartime atrocities and hawkish stance on security. She regularly visits the Yasukuni Shrine, which enshrines war criminals among the war dead and is viewed by China and the Koreas as proof of Japan’s lack of remorse. Her security policies include developing a preemptive strike capability to counter threats from China and North Korea. Takaichi introduced a “Sanaenomics” policy of big government spending similar to Abe’s signature economics policy. A drummer in a heavy-metal band and a motorbike rider as a student, she favors traditional gender roles and a paternalistic family system and staunchly supports the imperial family’s male-only succession.

WHAT THE ELECTION MEANS FOR JAPAN

The sudden resignation of Suga, who was chief cabinet secretary for Abe for nearly eight years before rising to prime minister last year, means a possible end to an era that saw unusual political stability even amid corruption scandals and strained ties with China and the Koreas.

The upcoming election will determine whether Japan’s governing party can move out of Abe’s shadow, said Masato Kamikubo, professor of policy science at Ritsumeikan University. Little change, however, is expected in Japan’s diplomatic and security policies whoever becomes prime minister, he said.

Support ratings for Suga and his government nosedived because of his handling of the virus and insistence on hosting the Olympics during the pandemic. The ruling LDP is hoping that a new face in leadership can rally public support ahead of lower house elections that must be held by late November, says Tetsuo Suzuki, a political journalist and commentator. But, with Suga’s term ending after only one year, there are fears of a return to Japan’s “revolving door” of short-lived prime ministers.

HOW THE ELECTION WORKS

The campaign is only for Liberal Democratic Party lawmakers in the parliament and grassroots members, not the general public.

Whoever wins will likely become the next prime minister in a parliamentary vote, expected in early October, because the LDP and its coalition partner hold the majority in both houses.

If no one gets a majority in the Sept. 29 ballot, a winner will be determined in a runoff, which will likely be influenced by a power struggle among party heavyweights that political watchers say could work in favor of Kishida. 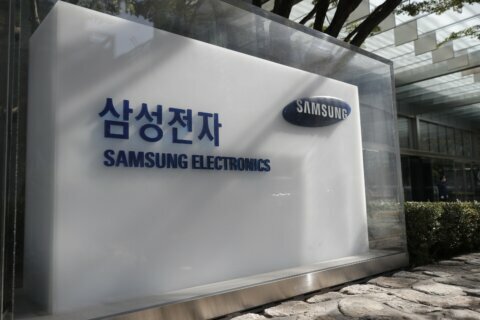 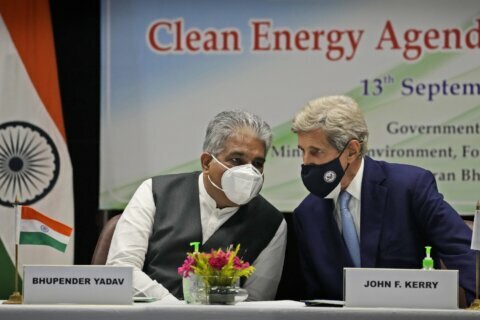 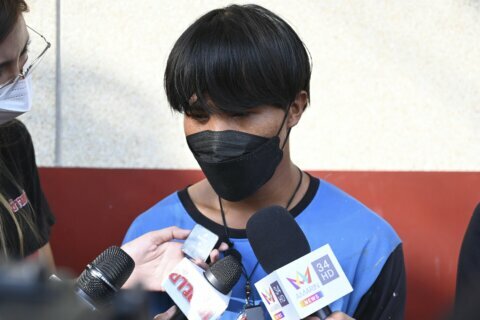