BANGKOK (AP) — A Thai protest leader on Tuesday renewed calls for the reform of the country’s monarchy and suggested that time was running out for the powerful institution to respond.

“This year shall be the last year that we will discuss monarchy reform. After this, whatever will happen, will happen. You can’t stop the sun rising. You can’t control what people believe in,” Arnon Nampha said at a candlelight rally in downtown Bangkok by about 200 people who defied coronavirus regulations to attend.

The civil rights lawyer dressed as Harry Potter, a reference to what he and other proponents of change see as the opaque world of the palace. Arnon is widely considered the protest movement’s most senior figure.

The rally marked one year since Arnon delivered a speech that shook the country with its unprecedented challenge to the status of the monarchy, which is widely considered to be an untouchable bedrock element of Thai nationalism.

It sparked a series of large-scale rallies demanding that the palace be made more transparent and accountable. The protests, which also called for the resignation of Prime Minister Prayuth Chan-ocha and the amendment of the constitution, raised the political temperature significantly, leading to clashes with royalists and police and the arrests of protest leaders.

The rallies died down this year due to legal action, a lack of unity in the movement and fears over the coronavirus. But in recent weeks protesters have returned to the streets, prompted by a worsening COVID-19 outbreak for which many people blame the government.

They’ve largely targeted Prayuth’s government but Arnon’s speech on Tuesday suggests the monarchy will once again be a focus of Thai political debate.

“We are here to fight to build a better future together,” he said. “This year we will fight with strategies. We will fight with goals. Not only will we fight through protests to bring pressure, we will also fight to propose laws in Parliament.”

Arnon, who is currently free on bail, faces more than 10 charges under a stringent royal defamation law that mandates prison terms of up to 15 years for perceived insults. Human rights defenders say it is routinely used to stifle public discussion of the monarchy and to jail political activists. Its abolition is a key demand of the reform movement.

Many people still revere the monarchy, and the military, a major power in Thai society, considers its defense a key priority.

Questioning of the monarchy’s position has grown since the 2016 accession to the throne of King Maha Vajiralongkorn, whose much admired father, King Bhumibhol Adulyadej, ruled for seven decades.

‘We were them:’ Vietnamese Americans help Afghan refugees 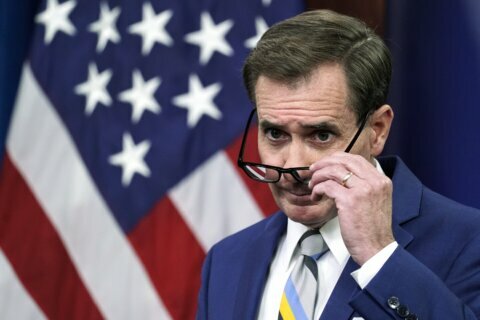