‘We did it’: Crouser’s gold a tribute to his fallen grandpa 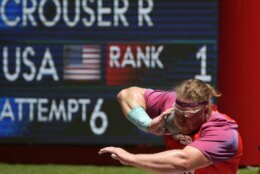 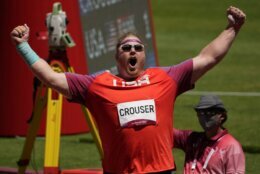 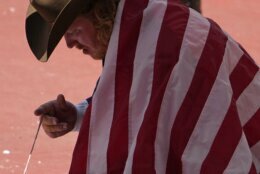 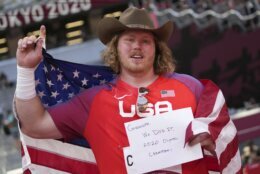 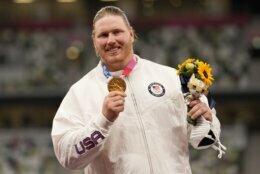 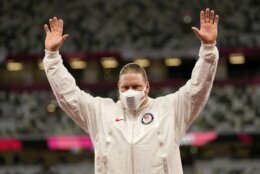 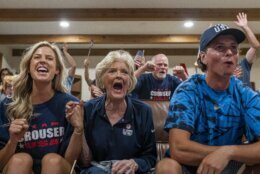 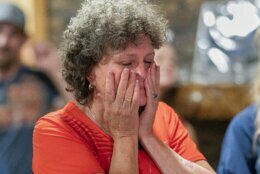 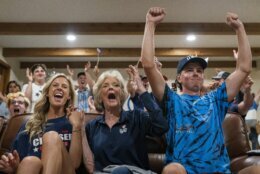 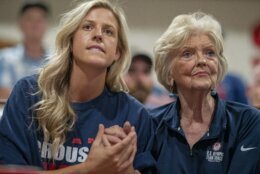 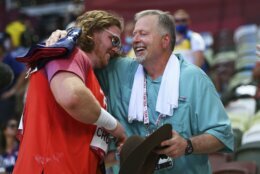 TOKYO (AP) — Ryan Crouser wrote the note and brought it to the stadium just in case.

The world’s best shot putter had a feeling he’d win. After he did just that on Thursday, he pulled out that piece of paper and showed it to the world. Crouser’s second straight Olympic gold medal was a tribute to his grandfather, Larry, who died shortly before Crouser left for Tokyo.

“To lose him the week before the Olympics was obviously sad,” Crouser said. “But I feel like he was able to be here in spirit.”

It was years ago in Larry Crouser’s backyard that Ryan attempted his first toss with the heavy metal ball that would shape his life. What a journey it produced.

Crouser has seen the world thanks to that shot put. Dominated it, too. He set the world record earlier this summer at the Olympic trials. On Thursday, he raised his own Olympic record as well, to 23.30 meters (76 feet, 5½ inches).

He earned the first track and field gold medal for the American men at the Tokyo Games, coming later than anyone expected — on Day 7 of the meet. It was too late for his grandpa to see it, though Crouser and his family have a feeling he knows.

“The same time that you’re cheering the most fantastic thing, there’s just that little bit of, ‘I wish grandpa was here,’” said Ryan’s mom, Lisa, while celebrating at a watch party back in Redmond, Oregon. “You know he’s watching.”

That was the exact same podium as five years ago at the Rio de Janeiro Olympics. It marks the first time in any Olympic individual track and field event that there’s been a repeat podium in back-to-back Summer Games — the same three athletes in the exact same positions, according to Olympic historian Bill Mallon.

“We just keep pushing each other,” said Kovacs, the 2019 world champion whose farthest toss was 22.65.

Crouser’s childhood throws in his grandfather’s backyard were unpredictable at times. Once, he lobbed one through the top of the garden shed.

“I went back the next day and replaced that,” Crouser said.

“They had a letter correspondence going back and forth,” his mother explained.

The last one might have been the most important.

Crouser put pen to paper in his room a few days ago to calm his nerves. Not so much about the event — he wasn’t nervous — but about possibly testing positive for the coronavirus. The positive test that knocked pole vaulter Sam Kendricks out of the Olympics rattled him.

Even for the world record-holder and defending champion, the note was something of a leap of faith. But Crouser figured that, at worst, no one would ever find out about it. Turns out, he was spot-on. After the win, he proudly displayed it as he paraded around in his cowboy hat.

Crouser’s grandpa was alive June 18 to see him break a 31-year-old world record at the U.S. Olympic trials.

“He watched that throw on the iPad, thousands and thousands of times,” Crouser said. “He’s been my biggest fan.”

The note he wrote after that one was simple: “World-record holder.”

Asked how far that throw might have gone at his grandfather’s place, Crouser laughed and said: “It would have been into the neighbor’s yard. I don’t know if it would have hit a building, maybe a house.”

On a steamy day in Tokyo, Crouser clapped his hands after his final attempt — sending chalk dust into the air. Later, he went over and shared a hug and a handshake with his father, Mitch, who serves as his coach.

This win, though, was for Grandpa Larry.