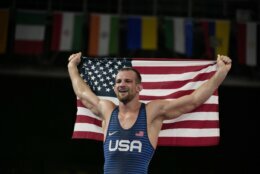 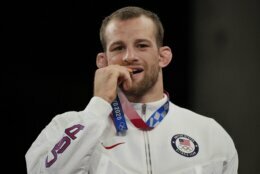 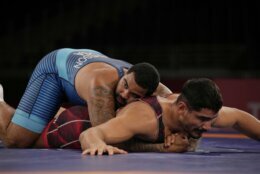 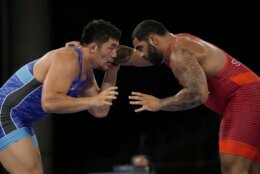 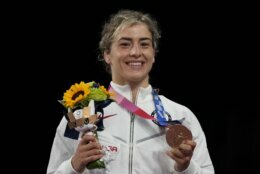 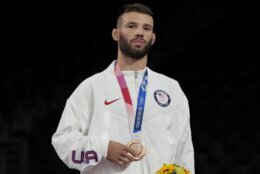 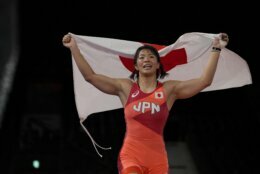 The American scored a double-leg takedown with 17 seconds remaining to beat Iran’s Hassan Yazdani 4-3 on Thursday night and claim the gold medal in the freestyle 86-kilogram class.

Taylor expected a tough match from the man nicknamed “The Greatest.” Yazdani, the No. 1 seed, won the 74-kilogram class at the 2016 Olympics.

“I like to win 10-0, but getting it done in the last seconds feels pretty good, too,” Taylor said.

He took advantage of Yazdani’s decision to be cautious.

“I think he only tried three times to score,” Taylor said. “I always say that if you want to be the best in the world, you need to take people down twice. You need to get two takedowns. Tonight was a good example of that. I needed two takedowns.”

There might be more gold coming for the United States.

Steveson beat his first opponent, Aiaal Lazarev of Kyrgyzstan’, 10-0 by technical superiority in just 2:04. He then blitzed 2016 Olympic champion Taha Akgul 8-0 in the quarterfinals.

On Friday’s he’ll face Georgia’s Geno Petriashvili, the No. 1 seed and a three-time world champion.

“Another legend I’m stepping on the mat with,” Steveson said. “But the first legend I wrestled today (Akgul), I took care of business. Second one, I’m going to try and handle it the same. It’s just another day at the job. I live for moments like this.”

American Thomas Gilman, who lost his opener to Uguev 5-4 on a move in the final 10 seconds of the match, earned bronze with a 9-1 win over Reza Atrinagharchi of Iran.

“It goes back to something my grandfather told me growing up over and over: ‘Don’t think too much,’” Gilman said. “What are you going to do when someone punches you in the mouth and you fall down? You get back up and you keep fighting. That’s all I did.”

San Marino’s Myles Amine beat India’s Deepak Punia 4-2 for bronze in the 86-kilogram category, winning the first-ever Olympic wrestling medal for the country with about 34,000 people.

American Kyle Dake, one of the favorites in the men’s 74-kilogram freestyle class, had an 11-0 quarterfinal loss to Mahamedkhabib Kadzimahamedau. But because Kadzimahamedau defeated Italy’s Frank Chamizo in the semifinals, Dake qualified for repechage and has a shot at bronze.

The Latest: Health official: Booster use may be expanded