TOKYO (AP) — The Tokyo Olympics should not be judged by the tally of COVID-19 cases that arise because eliminating…
Listen now to WTOP News WTOP.com | Alexa | Google Home | WTOP App | 103.5 FM

TOKYO (AP) — The Tokyo Olympics should not be judged by the tally of COVID-19 cases that arise because eliminating risk is impossible, the head of the World Health Organization told sports officials Wednesday as events began in Japan.

How infections are handled is what matters most, WHO director general Tedros Adhanom Ghebreyesus said in a speech to an International Olympic Committee meeting.

“The mark of success is making sure that any cases are identified, isolated, traced and cared for as quickly as possible and onward transmission is interrupted,” he said.

The number of Games-linked COVID-19 cases in Japan this month was 79 on Wednesday, with more international athletes testing positive at home and unable to travel.

“The mark of success in the coming fortnight is not zero cases,” Tedros said, noting the athletes who already tested positive in Japan, including at the athletes village in Tokyo Bay, where most of the 11,000 competitors will stay.

Teammates classed as close contacts of infected athletes can continue training and preparing for events under a regime of isolation and extra monitoring.

Health experts in Japan have warned of the Olympics becoming a “super-spreader” event bringing tens of thousands of athletes, officials and workers during a local state of emergency.

“There is no zero risk in life,” said Tedros, who began his keynote speech minutes after the first softball game began in Fukushima, and added Japan was “giving courage to the whole world.”

The WHO leader also had a more critical message and a challenge for leaders of richer countries about sharing vaccines more fairly in the world.

“The pandemic is a test and the world is failing,” Tedros said, predicting more than 100,000 deaths from COVID-19 worldwide before the Olympic flame goes out in Tokyo on Aug. 8.

It was a “horrifying injustice,” he said, that 75% of the vaccine shots delivered globally so far were in only 10 countries.

Tedros warned anyone who believed the pandemic was over because it was under control in their part of the world lived in “a fool’s paradise.”

The world needs to produce 11 billion doses next year and the WHO wanted governments to help reach a target of vaccinating 70% of people in every country by the middle of next year.

“The pandemic will end when the world chooses to end it,” Tedros said. “It is in our hands.” 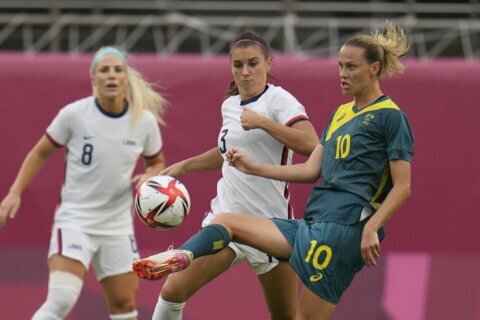 US advances to quarterfinals after 0-0 draw with Australia 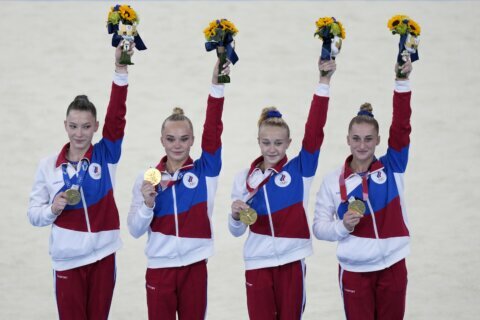