UNITED NATIONS (AP) — The U.N. Security Council on Thursday rejected a resolution put forward by Russia and China that would have immediately stripped the powers of the international high representative overseeing implementation of the 1995 peace agreement that ended the devastating war in Bosnia, and eliminated the position entirely in one year.

The draft resolution failed to get the minimum nine “yes” votes for adoption. The vote was 2-0, with only Russia and China voting “yes” and the 13 other council members abstaining.

The rejected resolution said the powers given to the high representative at a conference on implementing the Dayton peace agreement in 1997 “are no longer required given the progress achieved by the Bosnian parties.” It supported the appointment of High Representative Christian Schmidt of Germany “until July 31, 2022, with closure of the Office of the High Representative.”

Before the vote, Russia’s deputy U.N. ambassador, Dmitry Polyansky, accused the high representative of becoming like “a czar” with “almost post-colonial type of powers” and said the choice of Schmidt was not legitimate without Security Council approval.

The U.S.-brokered Dayton accord, which ended the 1992-95 war after more than 100,000 people died, established two separate entities in Bosnia — one run by Bosnia’s Serbs and another one dominated by the country’s Bosniaks, who are mostly Muslims, and its Croats.

The high representative’s powers have come under criticism from Bosnian Serbs, who have close ties to Russia, for not offering the possibility of appealing his decisions, which have immediate effect. The Office of the High Representative has dismissed dozens of officials, including judges, civil servants and members of parliament since its inception.

Schmidt was formally appointed as the next high representative on May 27 by the 10-member Steering Board of the 55-member Peace Implementation Council, the international body guiding Bosnia’s peace process. He is scheduled to take over the position Aug. 1, following the resignation of Valentin Inzko of Austria, who stepped down May 27 after holding the post 12 years.

Russia, which has long sought the termination of the post of high representative, was the only Steering Board member to oppose Schmidt’s appointment.

China’s deputy U.N. ambassador, Geng Shuang, said that “circumventing the council will set an abominable precedent and have a negative impact.”

After the vote, Polyansky warned that attempts to avoid involving the Security Council in the appointment process “are not only not legitimate but are dangerous.”

He urged the council’s Western members “not to take further destructive steps, and in particular to support illegitimate candidates for the post of high representative.” He said it could strain relations in Bosnia and perhaps “destroy the achievements of the international community over the past 25 years.”

U.S. deputy ambassador Richard Mills countered that the Security Council has never been required to take action to confirm a high representative’s appointment.

As for the defeated resolution’s provision to close the Office of the High Representative, Mills said the conditions to shut down its operation were laid out in 2008 and “these conditions have not yet been achieved.”

In Inzko’s last briefing to the council as high representative in early May, he warned that ethnic Serb leaders are making a concerted effort to split Bosnia, or failing that to roll back many reforms achieved during the last 25 years

He called for “a decisive stand” to stop any division of Bosnia and said the Serbs’ campaign “could have political and security implications not only for the country, but also for the region, and the rest of Europe.”

Many other council members who abstained echoed the importance of maintaining the high representative.

“There are very disturbing developments and there are still strong community tensions, and some leaders are even calling for secession and this jeopardizes” Bosnia’s territorial integrity, said France’s deputy U.N. ambassador, Nathalie Broadhurst. “We believe, as the vast majority of the council members do, that the post-conflict institutions remain more than ever necessary including the Office of the High Representative.” 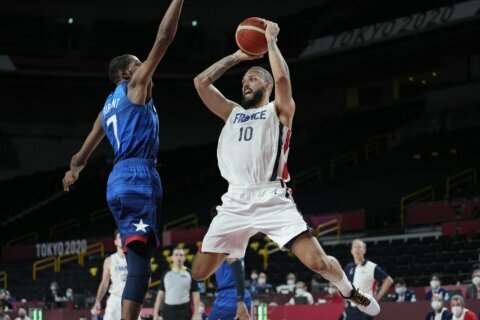