Too much, too soon? USA Gymnastics in midst of culture shift

FORT WORTH, Texas (AP) — The U.S. gymnastics championships were over. The pressure — mercifully if only momentarily — gone. On the floor at Dickies Arena, Olympic hopefuls milled about aimlessly. Some talked. Some grabbed their phones. Others searched the stands for their families.

Jordan Chiles did what she usually does when there’s a lull in the action. She danced. Soon, a couple joined in. Then a few more. Then a few more. Within a minute or two, nearly the entire group was doing “The Cha Cha Slide” for all the world to see.

Martha Karolyi’s program, this is not.

The vibe around the top level of the sport in the United States has loosened in the five years since the highly successful yet highly divisive national team coordinator retired. The impromptu flash mob at national championships last month offered a symbolic if somewhat superficial glimpse at how the landscape is evolving.

“I feel like the trainings are actually kind of a lot more fun and not — I mean, it’s still stressful, but it’s not as stressful as it used to be,” said MyKayla Skinner, an alternate on the 2016 Olympic team who will be one of six American women competing in Tokyo this month.

Still, the greatest gymnast of all time wonders if the pendulum has swung too far, too fast.

Simone Biles has embraced the long-overdue push to create a more athlete-centric environment. Her concern, however, is that the sport’s brave new world might make it difficult for the coaches hired to mold prodigies into champions to effectively do their jobs.

“I think the culture shift is happening, but it’s almost as if the athletes almost have too much power and the coaches can’t get a rein on it,” Biles told The Associated Press in May. “So then it’s kind of wild. It’s like a horse out of the barn: You can’t get it back in.”

Biles, among the most outspoken critics of USA Gymnastics in the wake of the Larry Nassar sexual abuse scandal and herself a Nassar survivor, is not complaining. It’s unlikely she would have returned to the sport in late 2017 if Karolyi was still in charge. Things needed to change.

Yet the 24-year-old is also acutely aware of the pressure that follows when the perennially loaded U.S. team is on the international stage.

The Americans have produced the last four Olympic all-around gold medalists and captured every major team title since the 2011 world championships, a streak they are heavily favored to extend in Tokyo thanks in large part to Biles’ unmatched brilliance.

The question is what comes next. How will one of the gold standards of the U.S. Olympic movement foster a healthy, positive climate and a competitive one at the same time?

The two are not mutually exclusive by any stretch. Biles need only point to her relationship with former coach Aimee Boorman and current coaches Laurent and Cecile Landi as proof. Yet she also knows her experience is not exactly commonplace for a sport in the middle of a reckoning.

Gymnastics federations from the U.S. to Great Britain to Australia are grappling with their own version of a #MeToo movement as athletes in each country have come forward to detail a culture they viewed as toxic. Despite measures by leadership to push USA Gymnastics forward, the Nassar fallout isn’t going away anytime soon.

Even as Biles and her teammates flew to Tokyo on Wednesday, the Justice Department’s inspector general released a long-awaited report that pointed out repeated failures by the FBI to properly investigate Nassar while making sure not to let the organization off the hook.

The air needs to be cleared. It’s one of the many reasons why World Champions Centre is awash in floor-to-ceiling windows. There are 36 cameras placed throughout the 50,000 square-foot facility in the northern Houston suburbs, each with the volume turned all the way up.

“Everything needs to be visible, and the coaches know that,” said Nellie Biles, who opened the gym to give daughter Simone a place to train. “The coaches know that they are watched at all times, not only from the viewing arena but by cameras. They know that. That should not distract from what they’re doing if they’re doing their job. They just know that there are cameras and they know that nothing is a secret. So yeah, just do whatever is right and you don’t even have to worry that anyone is watching you.”

That level of transparency — as necessary as it may be — has created an athlete-coach dynamic that’s a marked departure from what Laurent Landi grew up with while training and competing for France in the 1990s.

“Now kids sometimes, you don’t want to offend them, so you tiptoe,” said Landi, who is serving as the head coach of the U.S. women in Japan.

While Landi made it a point to praise USA Gymnastics for being proactive in its attempt to make things safer for athletes at all levels, he also is wary.

Yes, the gymnasts need to be empowered. At the same time, the Olympics don’t hand out participation trophies. Biles headlines a group expected to come home with a fistful of medals. Anything less would be a disappointment.

Winning might not be the sole focus anymore, but it still needs to be in the conversation.

Landi laughed as he completed the sentence, a glimpse at the thorny relationship the U.S. program has with its recent past. Karolyi took over a program in disarray in 2001 and turned it into one of the most dominant forces in any Olympic sport, using an authoritarian approach that some Nassar survivors say contributed to allowing the former national team doctor’s behavior to run unchecked for years.

While USA Gymnastics has undergone a drastic overhaul since the 2016 Olympics — current president Li Li Leung is the fourth person to hold the position since the closing ceremony in Rio de Janeiro — the external standards have not.

Biles wonders if that level will be sustainable at least in the short term after Tokyo as the organization searches for middle ground.

“It’s hard for a country to stay on top for so many years,” she said. “So I do believe there will be a little bit of a downfall but then go back up again because there will be that cultural change that you’ll have to go through. I don’t think the results will always be the same because so much will be going on at one time when you can’t get control of it. That’s my only worry.”

Dancing after a meet is one thing. What happens near the end of another muscle-sapping, mentally-draining practice on an anonymous Tuesday is another.

“There’s a time to coddle, a time to be positive, but sometimes you’ve got to hold the law,” said Tom Meadows, an elite men’s coach at Cypress Academy in Houston. “You tell them, ‘You say you want to do this? Well let’s go.'”

It’s a conversation Biles has had with her coaches in some form or another for years. She isn’t sure how long it might take for the next wave to understand the difference between constructive criticism from a coach designed to maximize an athlete’s potential and criticism that crosses over into the personal, or worse.

Biles wants all sports to eradicate the latter.

She’s still an advocate, however, for the former.

“There’s a big line on what you can and can’t do, what you can and can’t say to these kids rather than whenever I was growing up,” Biles said. “I would say (back then): ‘OK, you say that. I’m pissed off but I’m going to do my work.’ Now it’s like, I’ve even told the other girls: ‘Don’t take it to heart. They don’t mean to say that to you. So just let it roll off your shoulder.’” 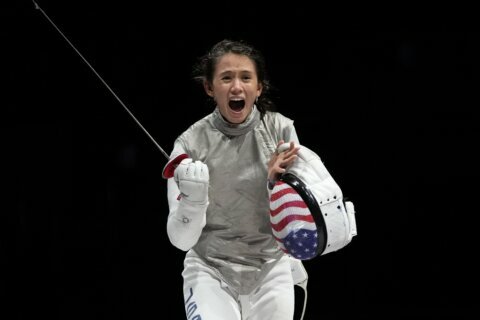 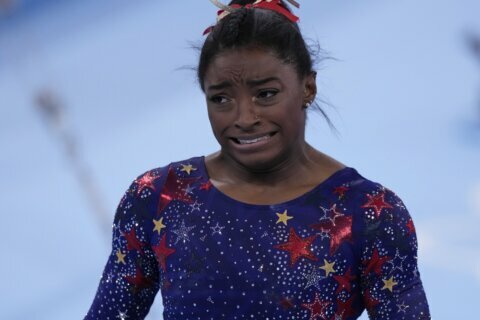 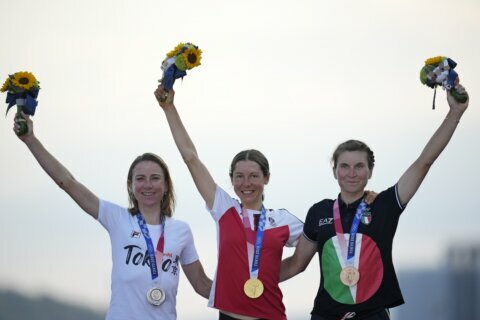 Olympic medalists get new right to pose for mask-less photos